We asked South Africans to tell us how climate change is affecting their lives and they paint a worrying picture.

In September, people around the world took to the streets to call for more urgent and decisive action on climate change from world leaders. On the back of this, WWF asked South Africans to share their stories of how climate change is affecting them. Their responses demonstrate that people are already feeling the effects and that climate impacts are touching many facets of our lives.

Many areas in South Africa are grappling with severe water stress, most noticeably in the Western Cape, the Eastern Cape, the Northern Cape and Limpopo. Farmers have been unable to grow and maintain crops, some even deciding to throw in the towel. The results could have dire consequences for our ability to produce food to put on the table. And these are not the only effects.

Some of the stories submitted reveal the different climate-related pressures that people are experiencing while others bear out people’s resilience and propensity to change their behaviour and take lasting action.

Climate change, livelihoods and food security
“I am unable to grow my crops as I depended entirely on rain and the soil conditions that are becoming more unsuitable. This has affected my water access and the intense heat is unbearable. I can no longer work as I used to,” says Thapelo*, a farmer from Limpopo.

Water stress
Many Cape Town residents are still reeling from the Day Zero drought in the Western Cape that eventually saw the highest level of water restrictions - 6B - introduced in 2018. Already a water-scarce region, the province is vulnerable to more cycles of below-average rainfall as a result of climate change.

“Cape Town's near-miss with total water loss was an eye-opener for the potential impacts of a changing climate. By building a waterless toilet, by cutting back on the length of showers and catching rainwater, my family managed to reduce our water consumption by 90%. Is this what living in cities in the future is going to feel like?” asked James*.

For Dana* the crisis inspired indelible changes in water consumption habits. “Realising that water shortages are probably going to happen more frequently, I have reduced consumption of municipal water to one litre per month and installed rainwater tanks to catch water for my very small garden. Planting in pots helps me control watering, too.”

Gauteng resident Sithembile* says a recent wave of scorching temperatures has her worried about the future: “Food security is a very big problem and the heat is making people very sick. I would love to be able to spread the word and effects of climate change in my community so the youth can actually know the reality of this and the long term effects that are among us.”

Recreation and natural beauty
Avid canoeist Jen has noticed the change in the way public events are being planned, explaining, “We are seeing our big races such as Drak Challenge, Dusi and Umko being pushed later in the canoeing year to try to find a time when the rivers have enough water to paddle on.”

For Lumba*, climate change has transformed her childhood home. “I recently travelled back home to Malawi. What I noted was that the environment keeps deteriorating with rivers losing water holds and marginal lands becoming almost bare due to soaring changes in perpetual diurnal temperatures. Worst affected is the eco-diversity in which flora, that beautified sceneries, no longer blossom and nocturnal sounds of the fauna keeps dwindling.”

The scientific and anecdotal evidence is clear: climate change is real and it’s here. Now, on the eve of the 2019 United Nations Climate Change Conference (CoP25), the onus is on governments to ramp up climate action and avoid the worst impacts on people and nature.

*We have used first names only to protect personal information submitted to WWF. 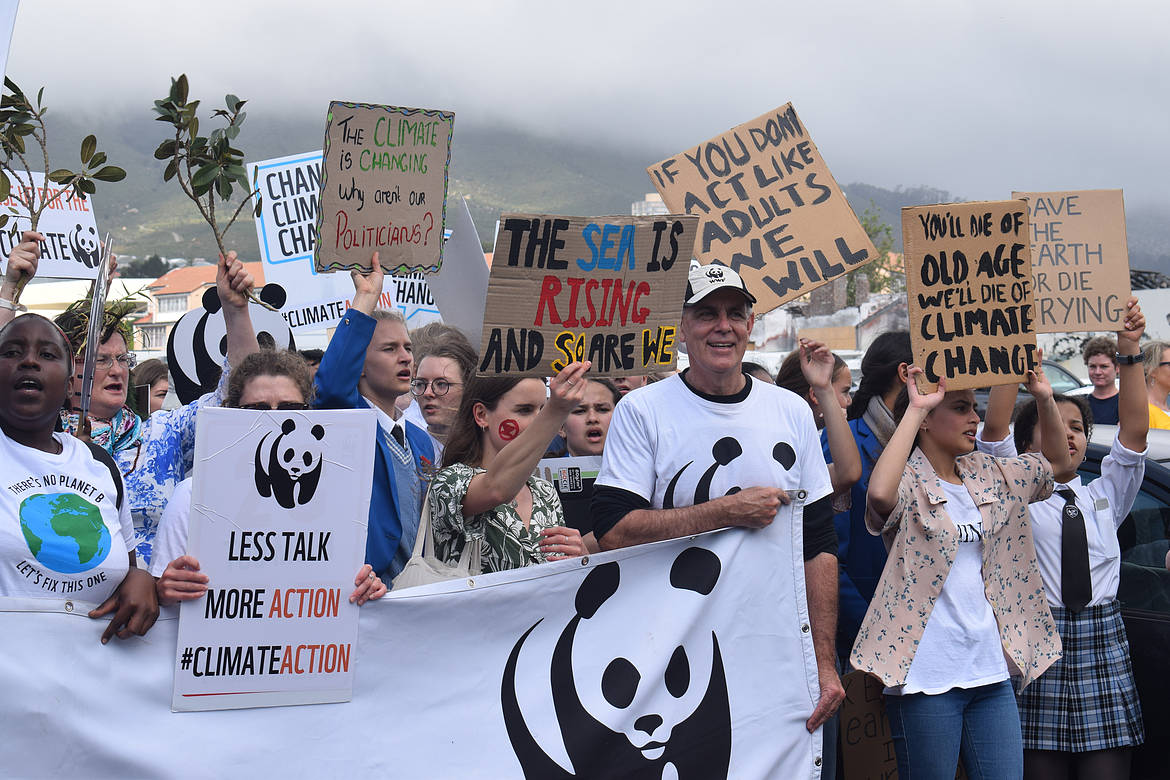 Safety and wellbeing for rangers