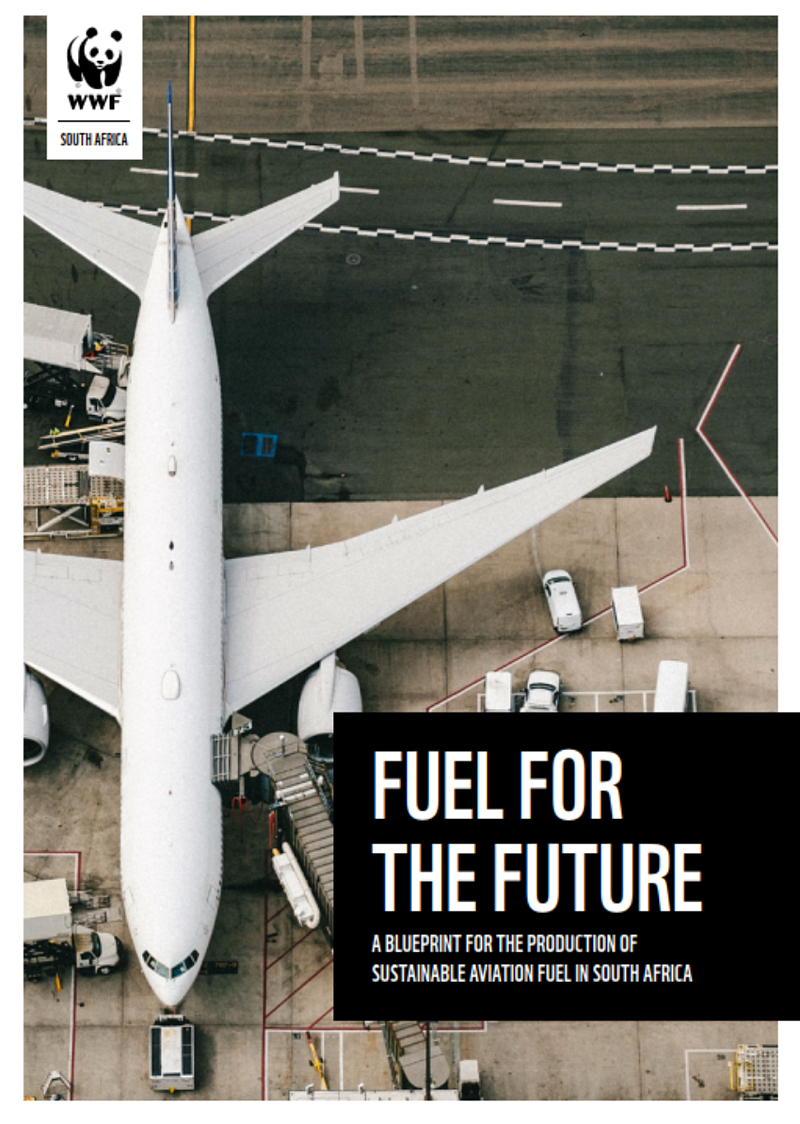 Fuel for the future

To limit dangerous climate change, we need rapid decarbonisation of all economic sectors – including those considered ‘‘hard-to-abate’’ such as aviation.

Using techno-economic modelling, this exciting WWF report shows a number of potential pathways for South Africa’s potential to become a major producer – and potential exporter – of sustainable aviation fuel (SAF). The feedstocks considered include A-molasses, a co-product from sugar production, a modified tobacco plant called Solaris and biomass from the clearing of water-thirsty invasive alien plants, as well as using the carbon-rich waste gases from heavy-emitting industries.

The development of a new domestic SAF industry could be a pillar of South Africa’s low-carbon economy and play an important role in a just energy transition. Through implementing a combination of six robust candidate pathways for SAF production, South Africa can play a key role in decarbonising aviation while pursuing important ecological and development objectives. The environmental and social co-benefits include enhanced clearing of invasive plants, diversifying market opportunities for sugarcane and providing extensive decent jobs in an emerging green sector.

This easy-to-read summary report provides a blueprint for the production of SAF in South Africa. It is essential reading material for government, the aviation sector and investors alike.

Fuel for the future