According to updated information from the IUCN African Rhino Specialist Group, the overall numbers of black rhino have increased at a rate of 3% per annum to 6 200 animals between 2018 and 2021.

WWF’s Black Rhino Range Expansion Project (BRREP), started in 2003 by far-sighted conservationists, has been working to create new black rhino populations on large areas of good habit. The project moves founders of up to 25 black rhino at a time to properties large enough to maintain a significant population.

Today there are 13 BRREP-created populations, on a total of more than 300 000 hectares of land.

“It’s great to see nearly two decades of hard work on behalf of black rhino paying off. Our sites now have more than 300 black rhino on them,” says project head, Dr Jacques Flamand. And these rhinos have been busy, contributing to the overall numbers by producing new calves.

BRREP’s achievements have been a team effort. Partnerships between landowners and conservation bodies with the support of funders and donors are the key to making this work happen.

“We rely very much on passionate people who have the resources to invest in protecting rhinos,” says Dr Flamand. “We still need to do much more to sustain this impetus.”

Black rhino numbers are increasing overall even though poaching affects growth in some populations. White rhino bear the brunt of poaching.

You can support WWF and the Black Rhino Range Expansion Project’s work by making us a beneficiary on your MySchool MyVillage MyPlanet card. 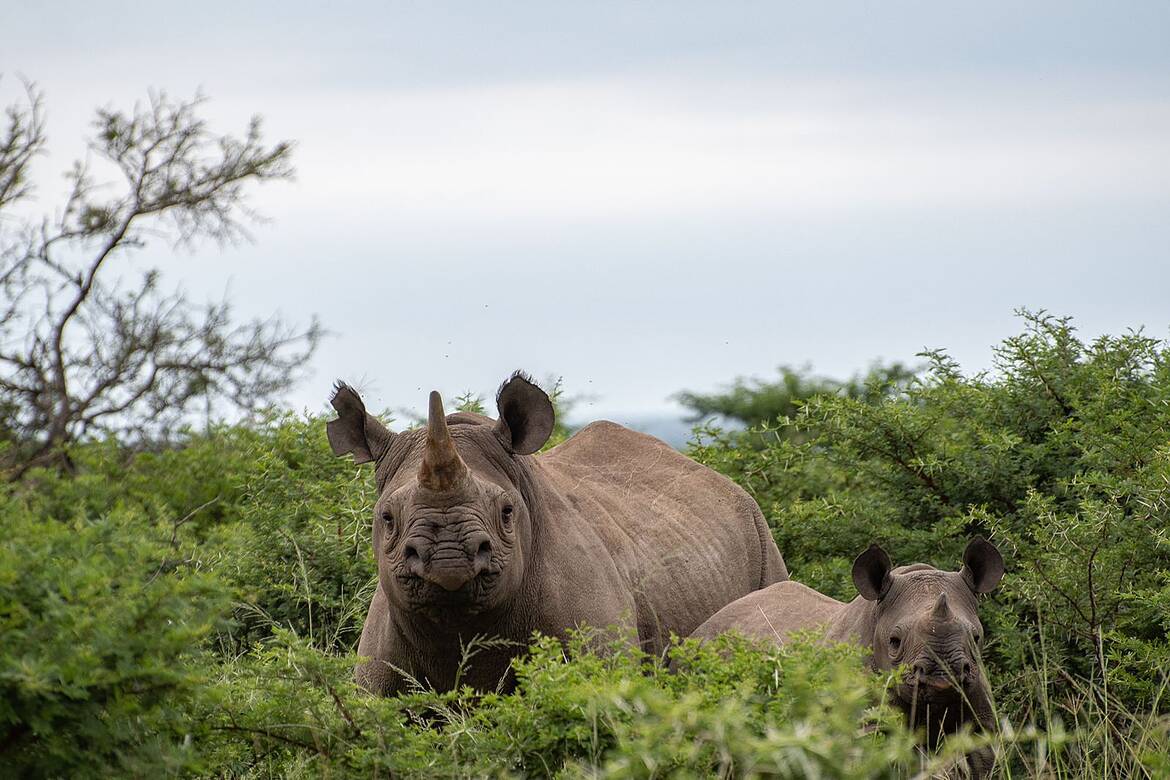