Grade 5 to 7 learners in Cape Town primary schools recently put pencil crayon to paper to participate in a poster competition highlighting the value of groundwater.

The first prize winner of the groundwater poster competition was Lami-ah Solomons from Kannemeyer Primary School in Grassy Park, with her creative and informative entry voted the most outstanding out of more than 100 entries from nine schools around Cape Town.

The Grade 5 learner won a tablet, as well as an interactive whiteboard and cash prize for her school. Lami-ah’s poster will be converted into a billboard and displayed in her neighbourhood to spread awareness about groundwater which is increasingly being abstracted in Cape Town.

Lami-ah commented: "I am feeling very proud for winning the competition. It was the first time that I participated in anything like this. My friends and I enjoyed the experience and learnt a lot about groundwater.”

WWF works with a wide array of stakeholders and funders on water stewardship initiatives, to improve water security in the water source areas of South Africa. The groundwater projects are focused in the Table Mountain Water Source Area and form an important step towards achieving this goal.

The groundwater work was sparked by the Day Zero period in 2018, when it became clear that many Capetonians were resorting to accessing groundwater. The initial phase, which was funded by ABInBev, included volunteer citizen involvement, that is steadily growing into a groundwater monitoring network in key residential areas of the city. This project aims to improve understanding of the use of this natural resource – in both residential and industrial areas – to help inform its sustainable use and responsible management under Cape Town. A key component of the groundwater initiative is awareness-raising.

The schools’ outreach is one of the initiatives that WWF drives, under the auspices of the Table Mountain Water Source Partnership and with funds from the Royal Danish Embassy. Our partner, Greenpop, is a well-known NGO with passionate educators who work to restore ecosystems and empower environmental stewards through, among other, environmental awareness projects. We collaborated to develop and implement groundwater awareness campaigns in primary schools.

The learners were invited to create an educational poster that conveys vital information about the importance, supply and sustainable use of groundwater in Cape Town. As part of the competition and awareness campaign, a special lesson plan was also created for use by both Life Orientation and Geography educators. This lesson plan included fun and age-appropriate videos. The top 40 learners of the competition also have a field trip to look forward to where they will be further exposed to the real world of groundwater, putting what they have learnt into context.

Lami-ah’s teacher, Sharmaine Heemro, who supported her through the creative journey, was as delighted and very grateful for the prize, especially the digital whiteboard which she has been wanting to use in her classroom for a long time.

Principal of Kannemeyer Primary School Ridwan Samodien said: “I am passionate about the environment and I know that we need to take care of Mother Earth. When Greenpop invited us to enter the competition, we were super excited for the opportunity to educate our learners about groundwater and its importance.”

“This year is our 60th anniversary, so the prizes that Lami-ah won are a wonderful gift for us. This is going to help build our brand and showcase the quality of education and knowledge that the learners get from our school.”

Klaudia Schachtschneider from WWF’s freshwater programme said: “The 2018 Day Zero drought in the Western Cape raised the need for us to spread the word about sustainable use of underground water. With good aquifer access in the Cape, groundwater increasingly became an alternative source of water for many businesses and homes in Cape Town. But, albeit invisible and seemingly abundant, groundwater is not an infinite resource. Our collaboration with Greenpop was a logical fit for an education-minded partner when it comes to engaging with local schools. And we hope that the awareness and knowledge gained through this competition process will not remain in their classes but spread to the learners’ homes and neighbourhoods.” 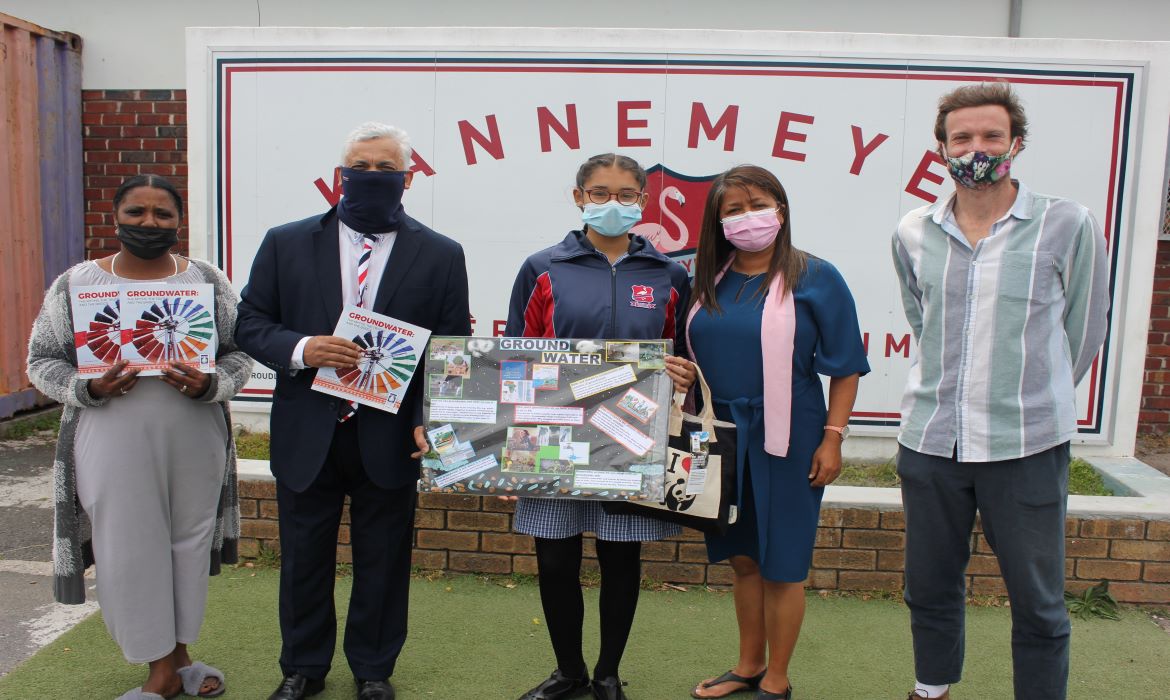