Hundreds of millions of people across the globe are showing their rising concern about nature.

New global research, conducted by the Economist Intelligence Unit (EIU) and commissioned by WWF, shows that public interest in, and concern for nature has risen markedly (16%) in the past five years and continues to grow during the COVID-19 pandemic.

The figures come ahead of the United Nation's International Day for Biodiversity (on 22 May) which aims to increase understanding and awareness of biodiversity issues.

People all over the world, particularly in emerging markets are increasingly aware of the planetary crisis, and this is affecting their behaviour in a rapidly growing global mood that WWF has dubbed an ‘eco-wakening’. In a clear validation of a growing trend, concerned individuals and consumers are acting on their concerns and demanding action over nature loss and biodiversity in an assortment of ways.

The report entitled “An Eco-wakening: Measuring global awareness, engagement and action for nature” shows digital activism at play with a 65% increase in the number of Twitter mentions, amplifying concern for nature worldwide, with mentions of nature and biodiversity increasing from 30m to 50m in the last four years.

A variety of influencers such as spiritual leaders, politicians, and major news organisations and celebrities, have used their voice on behalf of nature, including The Pope, the BBC, and The New York Times, with social media posts reaching a combined audience of almost 1bn people worldwide.

The research also reveals that consumers are voting with their google clicks showing a growing popularity of nature-related searches driven primarily by Asia and Latin America in countries such as Indonesia (53%) and India (190%). Additionally, increasingly large numbers of people see nature loss as a serious global problem, with 96% of respondents located in Latin America indicating this, the highest of any region surveyed. This shift in public sentiment reflects a hard reality, as people in emerging markets are most likely to experience the devastating impact of nature-loss.

Building on an era of protests and petitions, more consumers all over the world are now changing their behaviour, for example amending their purchasing habits in line with their values. The analysis found that 71% rise in popularity of searches for sustainable goods since 2016, increasing in high-income countries, such as the UK, the US, Germany, Australia and Canada. However, the trend goes beyond these economies - in fact it has also accelerated in developing and emerging ones, for example, Indonesia (24%) and Ecuador (120%). This pressure is forcing corporations to respond, particularly in the cosmetics, pharmaceutical, fashion and food sectors.

Since 2016, over 159 million signatures for biodiversity related campaigns have been collected, with protests around the world growing in their strength and frequency, coming together to demand radical action from policy-makers on behalf of the planet and for future generations, in an increasingly interconnected nature preservation movement.

But, despite the extraordinary speed of its destruction, nature is rarely at the top of the global agenda, even though its loss represents a huge threat to the global economy and our health.

“The results of this research are crystal clear: concern over the impact we are having on the natural world is growing rapidly and particularly in emerging markets, where people are feeling more acutely the impacts of deforestation, unsustainable fishing, species extinction and the decline of eco-systems”, said Marco Lambertini, Director General of WWF International.

He continues: “The science and the economics are clear. The public sentiment is now clear. And - the solutions are clear too. Society is supporting a transformation of our economic and development model towards one that finally values nature as our moral duty to all life on Earth, and for the crucial services it provides to our economy, wellbeing, health and security. This is a truly historic ‘eco-wakening’ and the chance to rebalance our relationship with the planet.”

Loss of nature is increasing our vulnerability to pandemics, undermining efforts to tackle the climate crisis, and threatening livelihoods. Leaders are scheduled to make critical decisions later this year on climate and the environment. Together, they represent a momentous opportunity to reverse biodiversity loss and secure a nature-positive world this decade, in support of climate action and the Sustainable Development Goals.

For more information on the eco-wakening trend, to share your experiences, and get involved to safeguard nature and set it on a path to recovery by 2030 go to http://panda.org/eco-wakening. 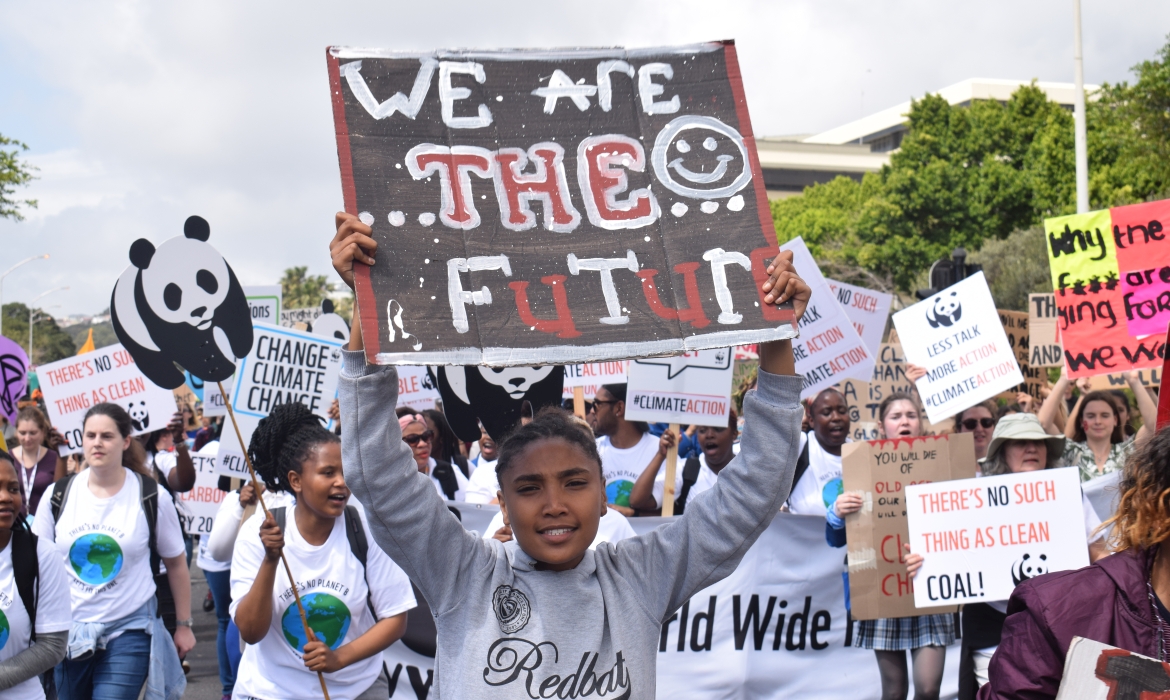 Young South Africans are part of a global movement for the environment.