NGOs and businesses call for UN treaty on plastic pollution

A new report reveals a treaty will accelerate global efforts to tackle the eradication of plastic pollution.

A report launched today by the Worldwide Fund for Nature (WWF), the Ellen MacArthur Foundation and Boston Consulting Group reveals that a new international treaty on plastic pollution will benefit both the environment and business, and would complement existing initiatives - accelerating global efforts to tackle the eradication of  plastic pollution.

Titled, The Business Case for a UN Treaty on Plastic Pollution, the report shows that despite a doubling of voluntary initiatives and national regulations over the last five years, plastic waste continues to  leak into the environment at alarming rates - with more than 11 million tonnes of plastic flowing into our oceans each year. There is an urgent need to amplify current efforts through a more coordinated and ambitious approach.

The report further sets out the opportunity for a new global UN treaty on plastic pollution to significantly accelerate progress towards a circular economy for plastics. Through the establishment of a common structure it would set a clear direction and conditions, giving governments and businesses the impetus to decisively move forward. The report’s authors argue that a global agreement setting out global goals and binding targets, together with national action plans and consistent measurements is needed to harmonise policy efforts, enhance investment planning, stimulate innovation and coordinate infrastructure development. While voluntary initiatives can deliver change among market leaders, an international binding approach is needed to deliver the necessary industry scale change.

Thirty major global companies, including Amcor, Borealis, Danone, H&M, Mars, Nestlé, PepsiCo, Tesco, The Coca-Cola Company, Unilever and our very own Pick n Pay and Woolworths, have backed the call through a business manifesto calling for a UN treaty. The manifesto urges governments to negotiate and agree on a new global agreement on plastic pollution, saying “there is no time to waste”. This is the first collective corporate action calling on governments to adopt a treaty on plastic pollution.

“Over the last few years we have seen growing public demand for action on plastic pollution, with some governments and industries starting to implement voluntary measures on this issue, but this needs better coordination, and the international impetus and recognition that a global treaty would generate. While companies have a clear responsibility to address plastic pollution within their own supply chains wider systemic change is vital. The plastic pollution crisis was created in a single lifetime and can be ended in a single decade. But only if we act now, together,” said Cristianne Close, Head of the Markets Practice of WWF International.

“Plastic pollution not only impacts nature but also degrades our ecosystems and compromises their ability to provide resources and raw materials. It thus hampers the ability of businesses to deliver goods and services on a sustained basis. It is encouraging that global as well as South African companies, namely Pick n Pay and Woolworths, recognise this and are lending their voice in support of a UN Treaty on Plastic Pollution. Voluntary initiatives by themselves, are inadequate and fragmented. A new UN treaty on plastic pollution can provide coordinated and ambitious response at the scale and pace needed. By signing this call businesses have communicated their commitment and readiness to act on plastics pollution. We hope that governments are listening and will complement this call with strong political will to lead,” said Prabhat Upadhyaya, senior Policy Analyst at WWF South Africa.

A resolution to start negotiations on such a treaty is expected to be tabled at the upcoming 5th Session of the United Nations Environmental Assembly (UNEA5). This comes after the Assembly previously has recognised plastic pollution as a global problem and a 2017 UNEA mandated examination concluded that the existing international legal framework governing plastic pollution is fragmented and ineffective. Both the report and business manifesto stress the urgent need to adopt a mandate for negotiations, and begin the subsequent development of a new global treaty on plastic pollution as soon as possible.

The business manifesto calling for a new treaty is open to new signatories today! Visit www.plasticpollutiontreaty.org. WWF, Ellen MacArthur Foundation and BCG are urging more companies to join the call.

Alongside almost 2 million people also calling for a treaty, more than two-thirds of the UN member states, from across the world, have officially declared that they are open to considering the option of a new global agreement, including African, Baltic, Caribbean, Nordic and Pacific states, as well as the European Union. 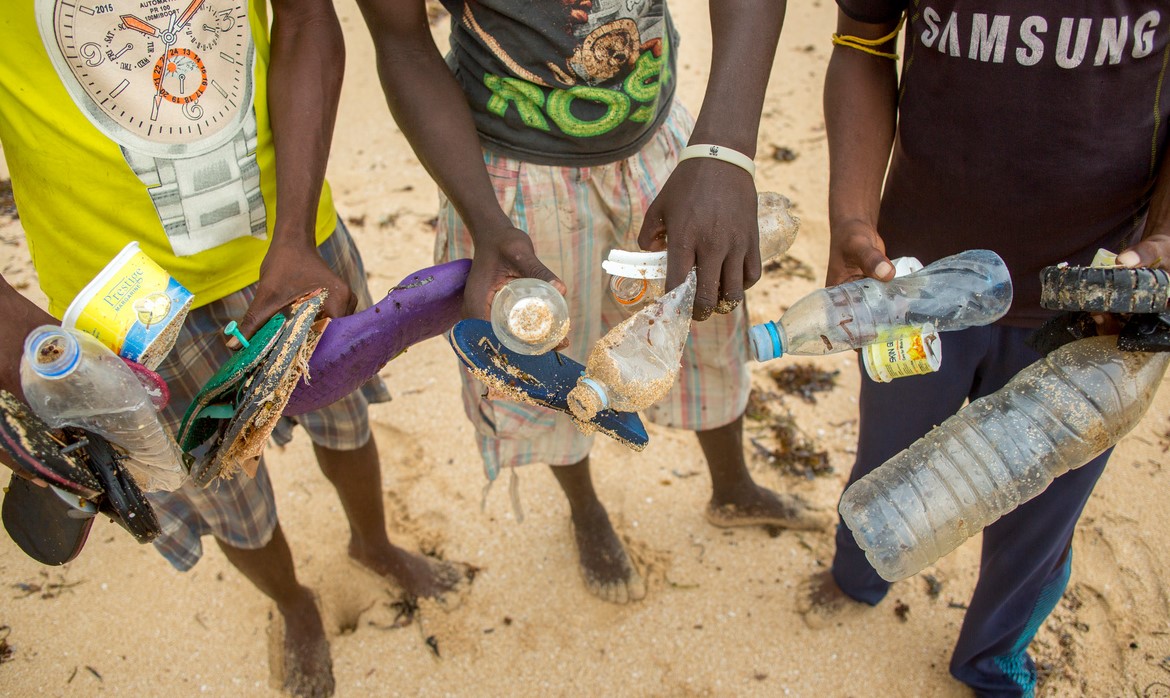 The new business manifesto is the first collective corporate action calling on governments to adopt a treaty on plastic pollution.

A Lot of Nature: exclusive nature-based experiences go under the hammer

#ClimateCommit: Share your climate actions for a better future