WWF has announced that the winner of its prestigious Living Planet Award is leading arid zone ecologist Professor Timm Hoffman.

This year's Living Planet Award was made to Professor Timm Hoffman for his contribution to both conservation and helping the people who are dependent on the land to make a living in some of the driest parts of South Africa.

The Living Planet Award is an annual WWF award made to exceptional South Africans who, through their catalytic contribution to the conservation, inspire people to live in harmony with nature.

Due to Covid-19, the 2020 award was made during a special online ceremony on 1 September which also showcased the splendours of the Succulent Karoo. The Succulent Karoo is a semi-desert biome (or ecological region) that stretches from the Little Karoo to southern Namibia and is home to more than 6000 plant species, making it the most biodiverse of its kind in the world.

Dr Morné du Plessis, CEO of WWF South Africa, said: “Timm is not only one of South Africa’s foremost arid zone ecologists but is also one of the humblest and most compassionate people you will ever meet. Through this award, we acknowledge an individual whose work exemplifies how conservation truly can benefit both people and nature.”

Prof Hoffman, who hails from the Eastern Cape originally, has spent a lifetime working on dryland ecology, most recently as the director of the Plant Conservation Unit at the University of Cape Town. He is also a long-standing member of the Leslie Hill Succulent Karoo Trust, which is administered by WWF, and celebrates its 25th anniversary this year.

On an academic level, Prof Hoffman has co-authored over 130 scientific articles, contributed to more than 30 books, supervised numerous students and added to the development of new knowledge and insights into both the Fynbos and Succulent Karoo biomes.

He also led the national review of land degradation for South Africa and has contributed significantly towards the understanding of the impacts of land use and climate change. Using fixed-point photography, his work has highlighted massive changes occurring in South Africa’s ecosystems over an extended period.

Beyond his ecological research, Prof Hoffman also works to understand the complex ways in which rural social, cultural and economic livelihoods interact. In the village of Paulshoek in Namaqualand, for instance, he has contributed positively to the community by creating a long-term contract job, other occasional employment and training for community members as well as funding for development projects.

Prof Hoffman has served as a trustee of the Leslie Hill Succulent Karoo Trust (LHSKT) since 2001. The LHSKT supports WWF in the expansion of conservation land both through land acquisition and biodiversity stewardship agreements where landowners and communities continue to be the stewards of the land.

He has also been a driving force behind the development of the research component within WWFs expanded programme of work in the Succulent Karoo and continues to help WWF carry out the objectives set out by the late Mr Leslie Hill whose generous bequest underpins the work of the trust. 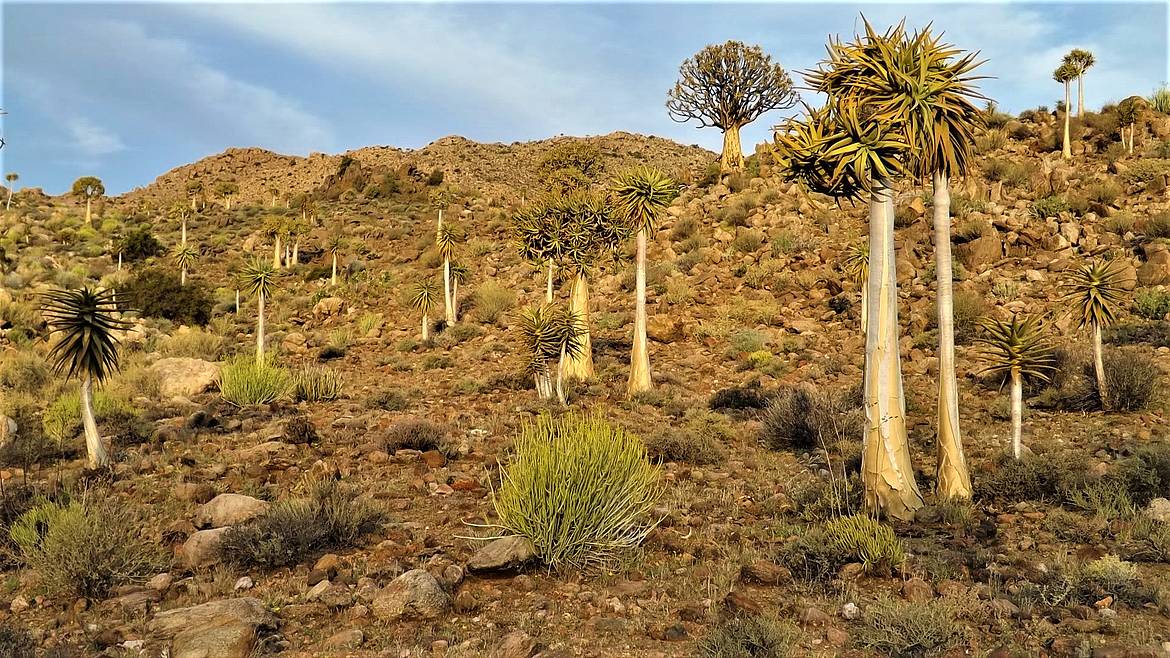 The Succulent Karoo extends from the West Coast up to Namaqualand in the Northern Cape, through to Namibia, and through the Little Karoo in the Western Cape as well as into the Eastern Cape.