The new Biofuels Regulatory Framework which was gazetted on 7 February 2020 leaves this nascent sector with a lot of uncertainty and much room for unintended outcomes.

The recently published Biofuels Regulatory Framework (BRF) (gazetted on 7 February) is an important step in the attempt to develop a national biofuel industry and introduce renewable resources at scale into the national transport fuel mix.

However, in its current form it will not deliver the full socio-economic benefits of biofuels nor necessarily reduce our greenhouse gas (GHG) emissions in the transport sector. It also does not go far enough in limiting the risks to biodiversity and food security, and leaves this nascent sector with a lot of uncertainty and much room for unintended outcomes.

The Biofuels Industrial Strategy’s (BIS), the implementation of which is the main purpose of the BRF, rightly identifies as its primary objectives poverty alleviation and economic development, and acknowledges the role of biofuels in contributing towards the achievement of the country’s renewable energy goals, energy security and the reduction of greenhouse gas (GHG) emissions. The BIS thus sets the stage for a national biofuels programme where socio-economic and environmental objectives are in synergy, but adequate regulations are needed to achieve this double dividend.

In its current form, however, the BRF fails to provide the adequate regulatory setting for an industry that is able to deliver on these multiple objectives. As it stands, it offers little incentives or safeguards to ensure the potential benefits are maximised while the risks are minimised.

The Feedstock Protocol, a key component of the BRF which aims to mitigate the risk of the biofuels programme to food security and to biodiversity, explicitly excludes staple crops such as maize and alien crops such as jatropha as potential biofuel feedstocks. It also prioritises multi-purpose crops, rain-fed crops and crops grown on fallow land.

While this is sensible, it is not sufficient to ensure biofuel production does not affect maize prices, as competition for land where maize could be grown remains. It is also not sufficient to ensure preservation of biodiversity, as conversion of virgin land for the production of biofuel feedstock with local crops can be just as damaging to biodiversity.

In addition, biofuels do not necessarily lead to a reduction in GHG emissions. Indeed in a number of cases they can cause even more emissions than the fossil fuels they aim to replace. This is the case where land holding high carbon stocks such as forests or soils with a high concentration of carbon content is converted to agricultural land for the production of biofuel feedstock. Another example is where intensive agricultural management is required, which relies on fossil-based fertilisers and coalbased electricity to power irrigation pumps.

This is why it is critical for any biofuels manufacturers that wish to apply for government support to prove that their fuel does in fact reduce GHG emissions on a life-cycle basis. The BRF could very easily have addressed this by adding a minimum GHG reduction threshold to the selection criteria for biofuel projects to support and simply place the burden of proof to the producer.

There are a number of other issues with the Feedstock Protocol. The focus on 1st generation crops and technologies based on the argument that they provide the most job creation opportunities is misguided, as 2nd generation feedstocks can also be very labour intensive. It is inconsistent in its dealing with the sugar sector, on the one hand stating that it will provide the sector with an opportunity to divert its loss-making sugar exports, but on the other only allowing existing farms to be part of the programme through intensification (for which there is little room in sugar cane production).

Finally, it is unclear on how it would deal with non-food crops that are processed with 1st generation technology, which has a critical bearing on their eligibility for state support.

The BRF also leaves much uncertainty for the sector, with timeframes for the outstanding pieces of regulation and approval processes noticeably missing.

Biofuels are an extremely complex energy carrier, potentially offering significant benefits and opportunities, but also posing very real risks if not managed properly. Capturing all their intended and unintended effects in regulation, and then enforcing such regulation, is extremely difficult.

This is why several other national and regional jurisdictions around the world have “outsourced” the management of the many sustainability risks linked to large-scale production of biofuels to independent sustainability standards, and only allow certified sustainable biofuels to qualify for policy support or to count towards biofuel targets.

While the regulatory framework continues to evolve, we call upon the private sector to self-regulate through participation in voluntary sustainability schemes, many of which already have a presence in South Africa, with the Roundtable for Sustainable Biomaterials (RSB) considered as best in class.

This is the simplest and most robust path towards achieving the BIS double dividend for the national biofuel sector. 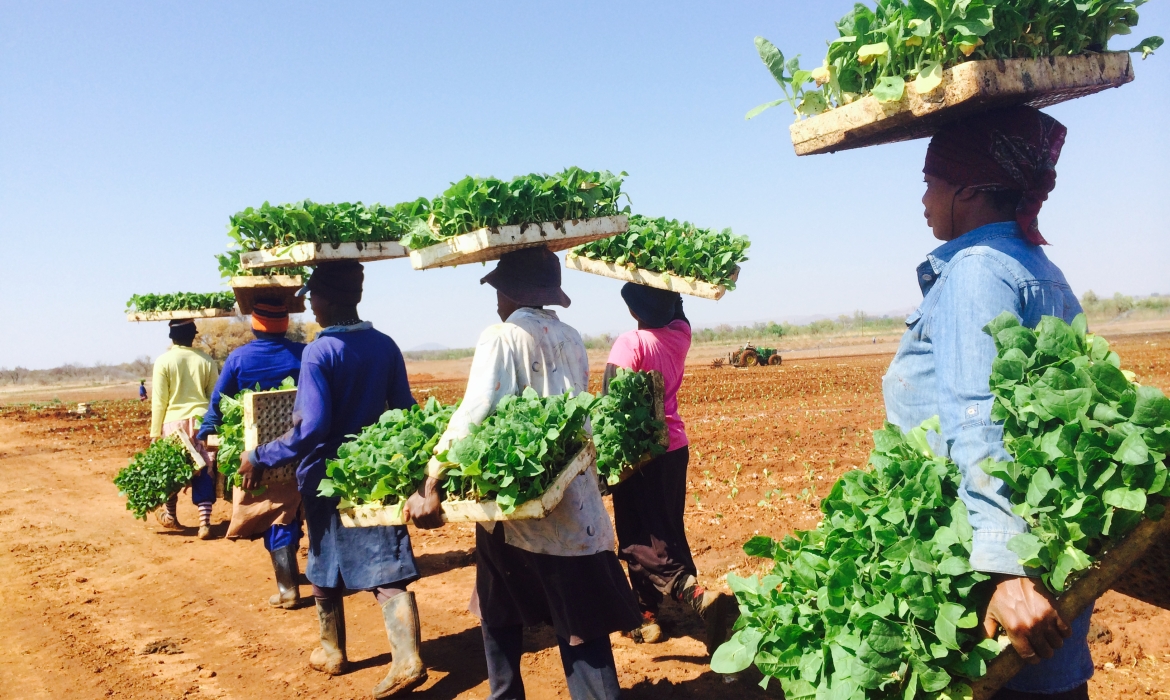 The biofuel industry in South Africa is in its infancy which is why the regulatory framework needs to be strengthened.

Shine your light for people and nature this Earth Hour

Why we must slow down the spread of Covid-19 urgently