​Science shows us that increasingly we are surrounded by tiny fragments of plastic, known as microplastics. They are not just in the oceans but also on land, in rivers, wetlands, soil and even in the air. A problem this pervasive will take a concerted effort from governments, businesses, scientists and each one of us to fix.

Microplastics are usually defined as plastic items measuring less than 5 mm in diameter, and include nanoplastics (plastic particles that are not visible to the human eye and may even be beyond scientific detection limits). Microplastics can be divided into primary and secondary plastics. Primary microplastics are manufactured to be small. Examples include microbeads (tiny plastic exfoliants in health and beauty products) and pre-production plastics such as nurdles, which are pea-sized plastic beads that are melted to create many everyday plastic products. Secondary microplastics are plastic pieces that break down from larger plastic items such as bags or bottles that get broken down over a period of time by the sun or wave action in the ocean.

2. What are the other sources of microplastics?

A prolific source of secondary microplastics is synthetic textiles such as fleece and other clothing made from synthetic fibres – acrylic, nylon and polyester are major culprits. These microfibres are released through wear and tear and when you wash your clothes. Another little understood source of secondary plastics is tyre dust, which is one of the more toxic plastic types. These microscopic pieces are shed during driving and early research shows there are between 1 and 10 particles per litre of storm water. And then there is pretty, sparkly glitter which many people don’t realise is plastic – avoid it in beauty products, cards and decorations.

3. What is the impact on wildlife?

As with larger pieces of plastic, there is evidence of damage to marine animals from microplastics, particularly by filter feeders such as zooplankton that ingest them. This is of major concern because plankton is critical for marine food chains and helps to remove carbon dioxide from the Earth's atmosphere. Research has found that at least 220 marine species have been known to ingest microplastics, most often because they are mistaken for food. While some animals can excrete the plastics, a number of them can’t. Once ingested, these small non-nutritious plastic bits fill up the stomachs of marine mammals and sea birds, which can cause death by starvation through damage or obstruction to the gut.

4. How widespread is the problem?

What we first thought was only a problem being observed in the ocean is now everywhere. Microplastics have also infiltrated fresh water ecosystems, and they are in our soil and atmospheric processes too. A recent study on bottled water sourced in nine different countries found that 93% showed some kind of microplastic contamination. As a result of this study, the World Health Organisation announced a review into the potential risks of plastics in drinking water. There is already some evidence of plastic contamination in drinking water in South Africa.

5. How harmful are they?

In truth we don't actually yet know! By identifying traits such as shape, type and chemicals or toxicity we can start to categorise them. Such a classification system is important because some might be more harmful than others. For instance those that contain hazardous chemicals could pose real risks to the environment and result in a toxic legacy for generations to come.

6. What does this mean for those of us higher up the food chain?

Microplastics contain chemicals added during manufacture many of which cause adverse effects in animals and could potentially leach into the food chain. Research has shown that plastic particles absorb so-called PBTs (persistent, bio-accumulative and toxic contaminants) from the environment which allows toxins to accumulate in the food chain. Adverse effects have so far only been seen under laboratory conditions, usually at exposure to levels far exceeding present environmental concentrations.

7. What else do we know about the risks to humans?

We already know there is widespread contamination in the environment – including many species of seafood that we eat. Microplastics have even been found in sea salt! They are in our drinking water because of plastic pollution in the lakes, dams and rivers from which our water is sourced. But there are simply far too many gaps in our knowledge and further research is urgently needed.

8. How can I tell if a product contains microbeads?

Check the labels on products you buy – like soaps, cleansers and toothpaste – to avoid microbead ingredients such as polyethylene (PE), polypropylene (PP), polyethylene terephthalate (PET), polymethyl methacrylate (PMMA) and nylon (PA). Avoid products that contain these ingredients and add your voice to the call for a government ban. A microbeads ban was proposed in South Africa this year after microplastics were found in Gauteng tap water, but it is still in products on our shelves.

9. So, which countries have banned microbeads?

The manufacture or importation of toiletries containing microbeads are already banned or will be in a number of countries. These include Canada, France, New Zealand, Sweden, Taiwan, the United Kingdom and the United States of America. Countries such as India, Ireland and Italy have also drafted legislation for the ban.

10. What else do we need to learn about the problem?

We need to understand fully all the sources of microplastics. We need to know how much comes from industry, shipping, fishing, waste water and improperly managed waste, and from extreme weather events (you may recall the instance when a cargo spill of nurdles ended up on the beaches of KwaZulu-Natal in October 2017). Then we need to understand the fate of these tiny pieces of plastic. Some plastics sink. Some plastics remain on the shore. There is even evidence of high volumes trapped in ice. How much is there and where it goes is important for risk assessment. Ultimately, we need to understand the impacts in the environment and on humans.

This Plastic File was compiled with the help of Dr Philippa Notten of The Green House and with additional insight provided by a presentation to WWF from Dr Chelsea Rochman, Assistant Professor at University of Toronto Department of Ecology and Evolution Biology. 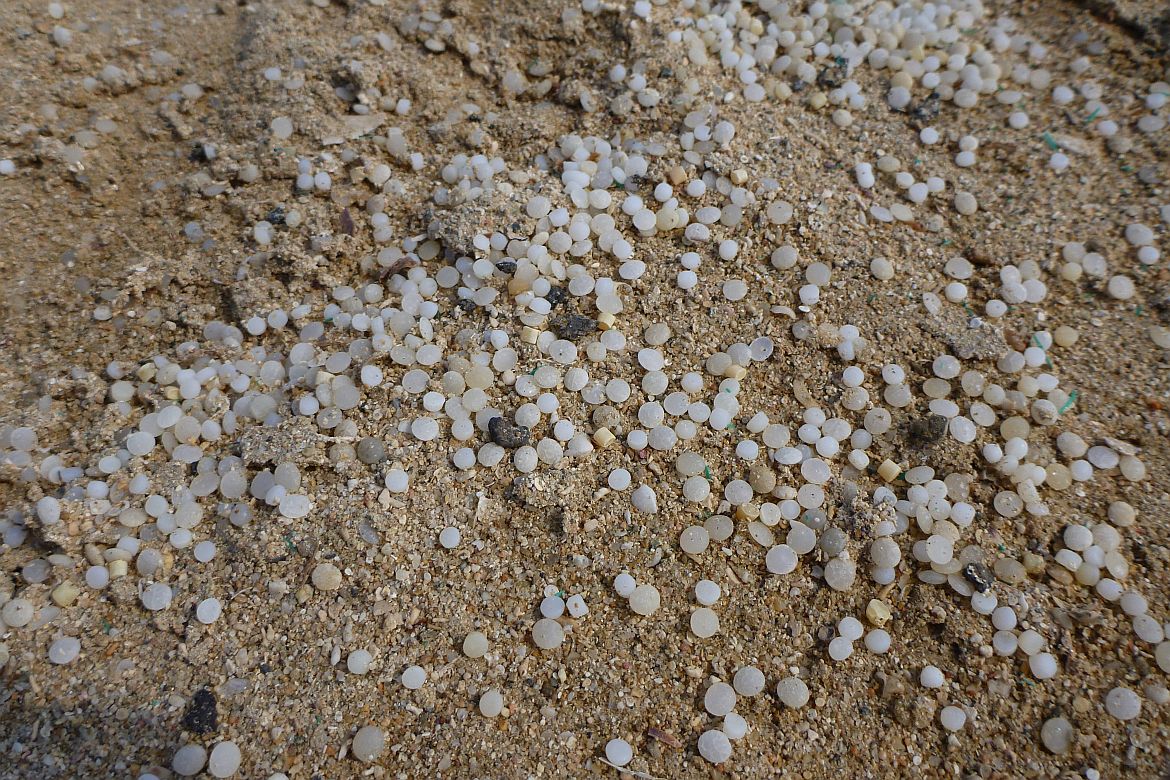 Examples of microplastics include pre-production plastics such as nurdles, which are pea-sized plastic beads that are melted to create many everyday plastic products.