Communities will be at the heart of Khetha work.

WWF and the United States Agency for International Development (USAID) have launched an ambitious new program to address the continued decline of Africa’s elephant and rhino populations due to wildlife trafficking.

While recognizing the role of targeted law enforcement in tackling the illegal wildlife trade, Khetha (which means “choose” in the local vernacular) is based on the fundamental premise that communities around protected areas have a critical role to play in preventing and combating wildlife trafficking.

Khetha will work with partners to help communities living in and around the Great Limpopo Transfrontier Conservation Area (GLTFCA) to better benefit from wildlife and conservation-efforts. The program will seek to better understand the drivers of wildlife trafficking within communities, and to build and strengthen relationships and trust between communities, civil society, the private sector and law enforcement.

Spanning South Africa, Mozambique and Zimbabwe, the GLTFCA is an area of concern with high levels of rhino poaching and ongoing poaching threats to elephants for their ivory.

Communities in the GLTFCA receive limited benefits from living next to protected areas. Among the risks they are exposed to, is the criminal syndicates that threaten social stability and security. With limited access to employment or any other means of income, along with an often conflictual relationship with wildlife, young men in particular are at constant risk of being lured into the illegal wildlife trade.

Khetha will support existing and new initiatives to promote community engagement and benefits from wildlife and conservation. It will also work with law enforcement agencies in South Africa and Mozambique to increase the effectiveness of wildlife crime prevention, detection, apprehension, prosecution and collaboration through research, tool development and training.

Partners include WWF-South Africa, WWF-Mozambique, TRAFFIC, the Endangered Wildlife Trust (EWT) and the International Union for Conservation of Nature (IUCN), as well as the governments of Mozambique and South Africa, in particular the Department of Environmental Affairs (DEA), South African National Parks (SANParks), the National Administration of Conservation Areas (ANAC) and the Attorney General’s Office in Mozambique (PGR).

Doreen Robinson, Chief of Regional Environment for USAID/Southern Africa, said: “Our vision for the Khetha program is to change the relationship between people and nature in the landscape to one where more people living with wildlife receive real benefits and are equal partners in long-term conservation. With the right partners and new ways of thinking and acting this is achievable.” 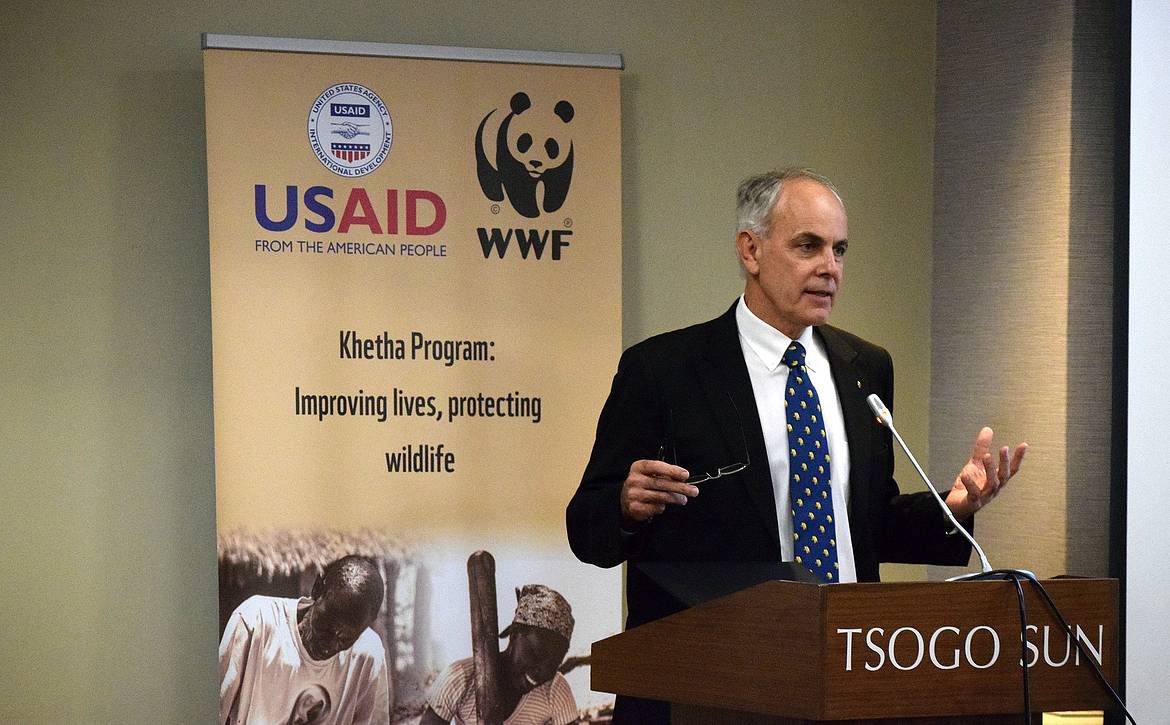