WWF Cameroon and the Programme for the Sustainable Management of Natural Resources for the South West Region (PSMNR-SWR), on August 11, 2022, brought together key stakeholders to discuss the recent Human Elephant Conflict that has been raging in these communities.

WWF Cameroon and the Programme for the Sustainable Management of Natural Resources for the South West Region (PSMNR-SWR), on August 11, 2022, brought together key stakeholders to discuss the recent Human Elephant Conflict that has been raging in these communities.

Chaired by the Divisional Officer for the West Coast, the workshop brought together over 60 participants from the administration, the South West Regional Delegate for Forestry and Wildlife, the Mayor of the Idenau Council, the conservator of the Mount Cameroon National Park and  West Coast Cluster Facilitators, WWF, Civil Society Organizations, Chiefs and community representatives from Bakingili, Njongi and Bomana, private sector representatives from Agro-industry – the Cameroon Development Corporation (CDC), and some independent community members.

In his welcome address, the Chief of Bakingili recounts the ordeal he and his community have been facing with elephant conflicts. “I was even placed under house arrests by my community, pressurizing me to seek lasting solutions from Government. My community depends on their farms for livelihood, but today, most farms have been destroyed by the elephants and only the brave can attempt going to their farms.  Children are scared from going to school because the elephants usually invade the school campuses, ” HRH Chief Elive Joseph Mokunya said.

Officially opening the workshop, the Divisional Officer for the West Coast, expressed satisfaction with measures the Ministry of Forestry and Wildlife (MINFOF) and her partners like WWF have so far put in place to mitigate this human –elephant conflict. “I have been receiving numerous reports about the huge destruction of farms and attack of people by the elephants. There was a time the communities mounted a road block on my way from Idenau to Limbe, requesting for a lasting solution to the problem. It is my wish that the communities concerned collaborate with the park management and partners to achieve this plan of action that is being launched today”. Mr Stephen Ngai Ngong

The South West Regional Delegation of MINFOF- and the park service, in collaboration with their partners, have in the past carried out numerous assessments on the damages caused by the elephants. They have begun taking some management actions, including the use of fireworks, dummies and placing of 2-km chili belts and bee hives in some areas to deter the elephants from coming towards human investments. Despite the actions, human-elephant conflict has intensified, resulting in damage of property and threats to human lives. It is for this reason that a more pragmatic and inclusive approach that will guarantee sustainability and co-existence between the humans and the elephants is being sought for.

Addressing participants at the workshop, Mrs. Ikome Delphine, the Regional Delegate, MINFOF, acknowledged that it is the responsibility of MINFOF to protect wildlife, but also to look out for the wellbeing of the people. She expressed concern that despite several measures taken by the ministry, this conflict still exists and is increasing as the days go by. However, she encouraged the population to remain calm, and to support the consultant hired by WWF to implement this new approach.

Madam Ikome reminded the communities of the touristic opportunity they may derive if elephants are protected. “A national park will lose its value if there are no flagship species like the elephant. The elephant presence can attract tourists to the area, which is another source of income for the communities” she said.   “Human Elephant Conflict concerns everyone. I am calling on all stakeholders, traditional rulers, the administrators to join MINFOF, WWF and other relevant partners to put hand on deck as we manage this conflict”. Mme Ikome Delphine, Regional Delegate, MINFOF, SWR.

Why the Safe Systems approach?
Human Wildlife Conflict (HWC) is a Global Conservation Concern that needs to be urgently addressed. Approaches used have to be one that foster a safe and beneficial coexistence of people and wildlife, to avoid or reduce human-wildlife conflict.

The consultant hired by WWF Cameroon to conduct the assessment, Mr. Eno-Nku Manasseh, presented a long-term integrated framework built around the SAFE approach that would inform the development of a long-term human-elephant mitigation strategy for the Mount Cameroon national park and its peripheral zones.
The approach, holistic in nature, he stated, requires the full participation of the communities and all other stakeholders.

It is different from previous approaches used in that it takes into consideration the six human-wildlife conflict management elements: policy, prevention, mitigation, understanding the conflict, response, and monitoring.  “It is actually a community-driven approach. 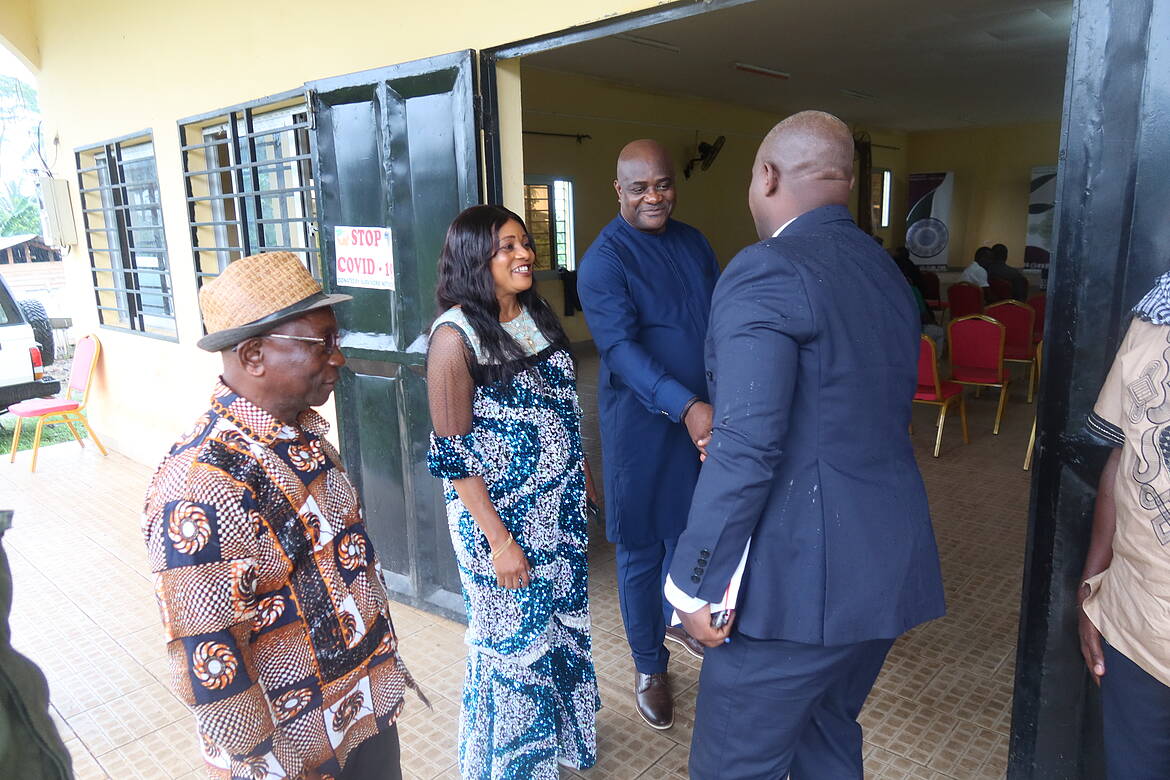 Arrival of the Senior Divisional Officer for the West Coast 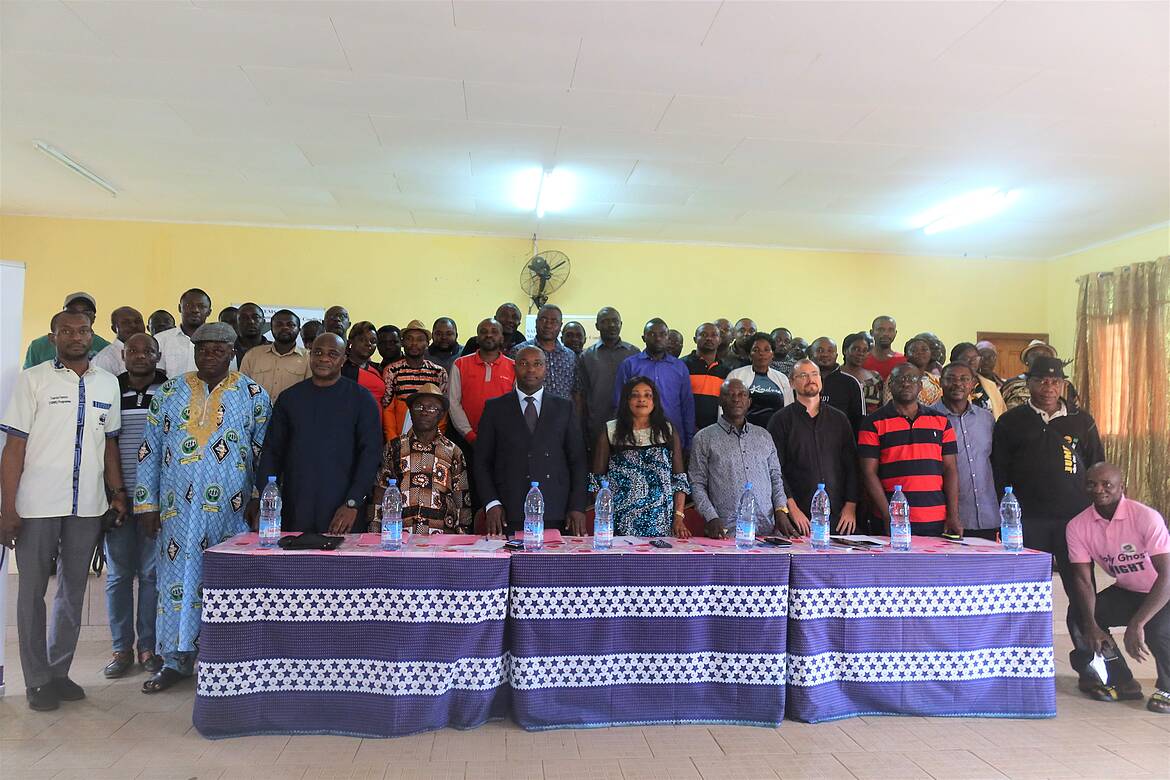 Participants at the workshop included partners, stakeholders and community representatives 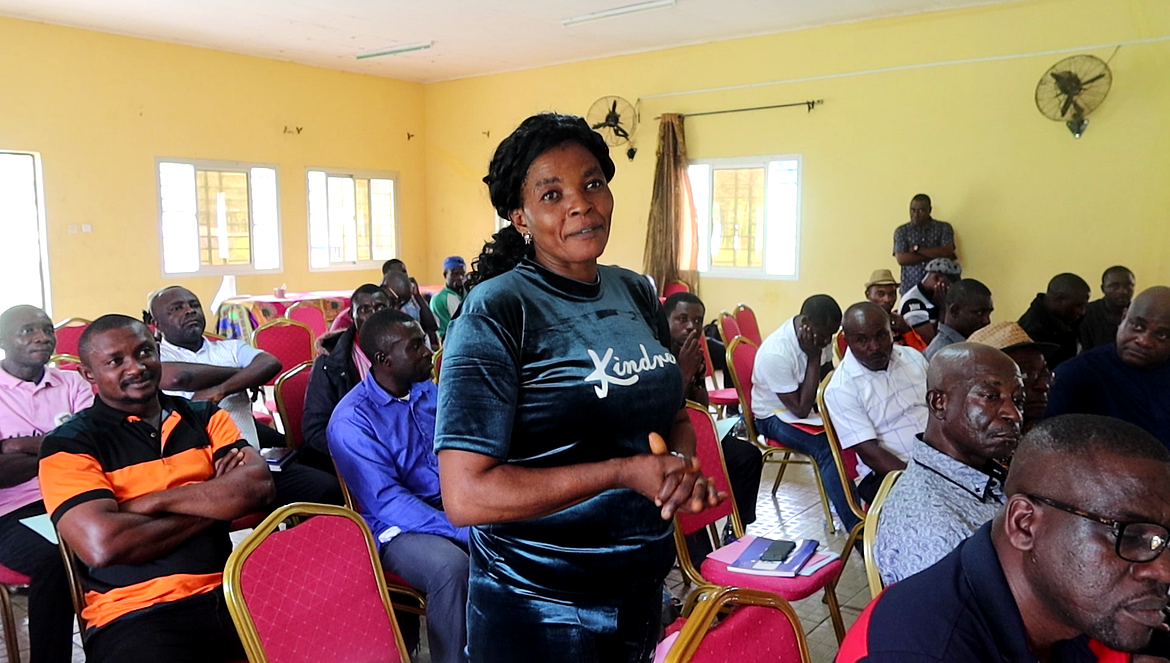 Representative of the Village Forest Management Committee at Njonji Village 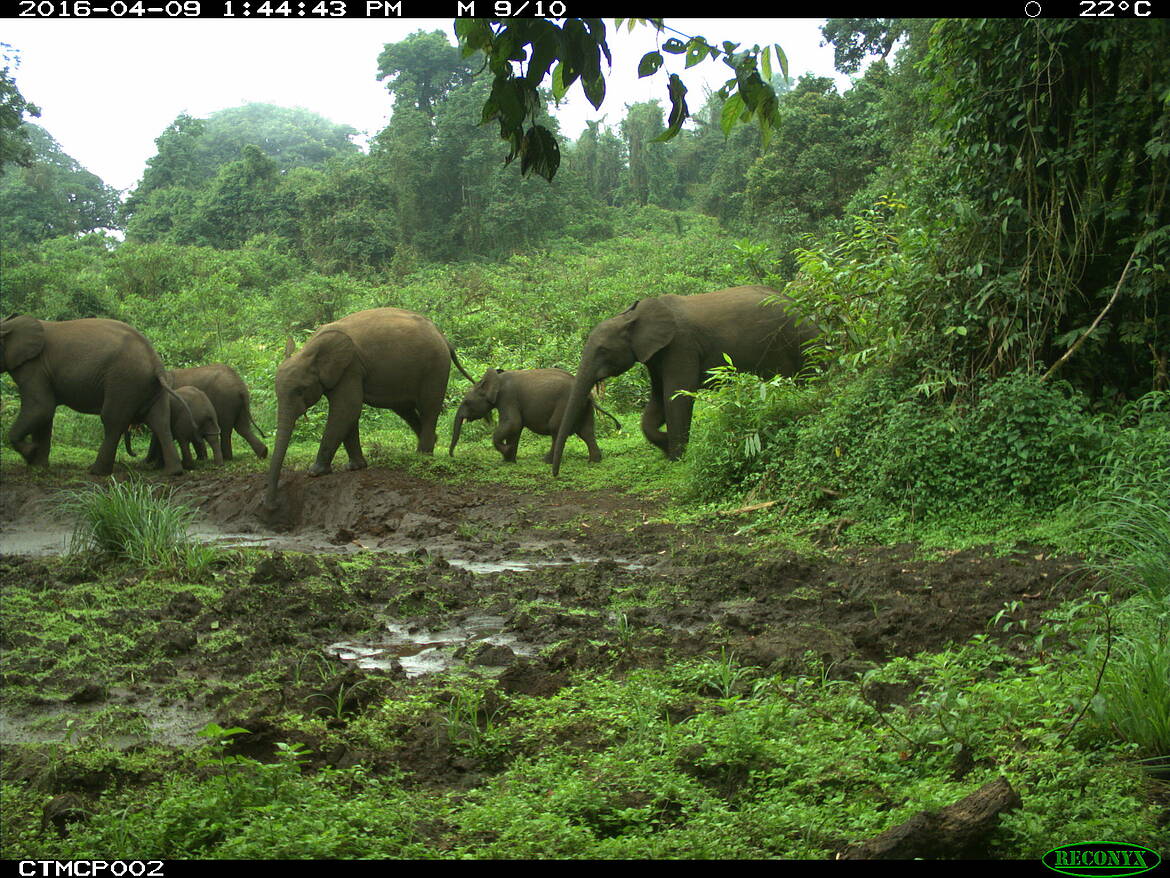 Embedding a Human Rights culture around parks in Southeast Cameroon