If you drive through Bushmanland east of Springbok, you will come across a group of solitary mountains that tower over the surrounding flat grassy plains. These protrusions in the landscape are called inselbergs (literally “island mountains”) and are home to rare succulent plants – at risk from mining and plant poachers.

Inselbergs have long been known to harbour unique plant species, which is why the Leslie Hill Succulent Karoo Trust (LHSKT) first identified these solitary mountains as a top priority for conservation. The reserves fall within the Succulent Karoo biome in the arid western part of South Africa which was recently described by UNESCO as the “most biologically diverse arid area in the world”.

But until March 2020, these Bushmanland Inselbergs of the Northern Cape were unprotected. Now, with the declaration of four new provincial reserves this is no longer the case.

This achievement has come about as a result of work done by Wilderness Foundation Africa (WFA) funded by the LHSKT via WWF South Africa, in cooperation with the land owners and the Northern Cape Department of Environment and Nature Conservation (DENC).

These areas were included in the Northern Cape Provincial Protected Area Expansion Strategy which is why DENC supported the declaration of these four gems as provincial nature reserves, which they will now oversee in partnership with the landowners.

“WFA, DENC and WWF would like to applaud the land owners’ dedication and foresight in conserving this portion of South Africa’s national heritage in perpetuity,” said Ben-Jon Dreyer (WFA Land Negotiator). “These nature reserves will ultimately contribute to the climate change resilience of the region’s vegetation, as well as counter the increasing threat of heavy metal open cast mining ventures and the illegal plant trade in these areas.”

Investment in the mining sector of the Northern Cape has increased significantly over the past couple of years. Securing ecologically important Critical Biodiversity Areas, such as the Karrasberge, is of utmost importance in terms of biodiversity conservation and ecosystem functionality.

The four Karrasberge Nature Reserves have been formally declared in perpetuity in terms of Section 23 of the National Environmental Management: Protected Areas Act (NEMPAA) 2003.

The partnerships between DENC, private landowners and NGO’s are facilitated under the DENCs Biodiversity Stewardship Programme.

This programme was initiated in order to ensure that critically important biodiversity receives protection, whilst remaining under the stewardship of private landowners and managed in partnership with provincial agencies, SANParks or NGOs.

Landowners play a key role in assisting the province to expand protected areas, whilst maintaining a living/working landscape, which is the ethos of biodiversity stewardship. The four families who own the land on which these reserves have been declared have dedicated a portion of each of their farms at a time when they are experiencing one of the worst droughts in history. They are now the designated management authorities and will carry all the financial and legal responsibility for looking after them. 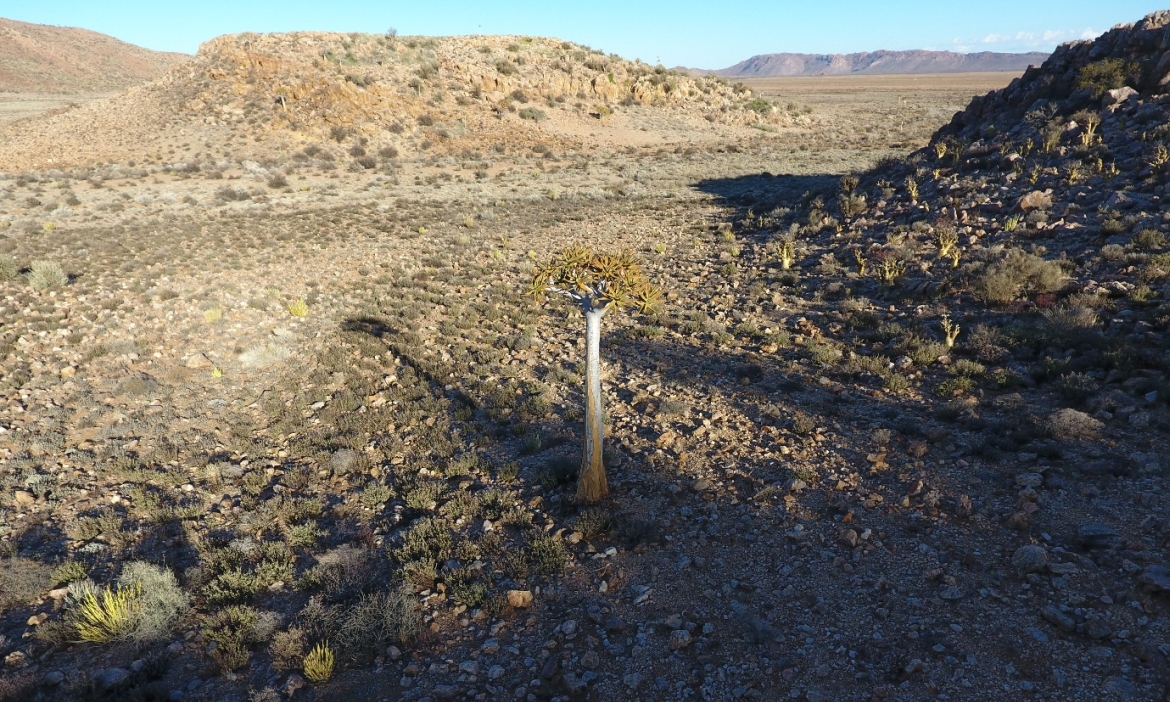 A view of the Smorgenskadu Nature Reserve which forms part of the greater Karrasberge Protected Area.