Water doesn't come from a tap

Most of us access water via our taps and, until there’s a crisis, don’t give much thought to where it actually comes from. For those of us living in cities our water is often ‘imported’ from water source areas and dams far away: Theewaterskloof is 100km away from Cape Town. This week's water file, the last in the series, speaks to the theme of Nature for Water on World Water Day (22 March). We look at how important it is to safeguard a healthy natural environment in our catchments and who is doing what to look after these critical areas.

We may have learnt about the water cycle in school, but many of us take it for granted as we depend on taps managed by our local municipality. South Africa’s rainfall is highly seasonal. This means that we need to store water to be able to use it all year round. Over the last 100 years, we have built storage capacity in thousands of dams around the country. The Gariep dam is our largest national dam and Theewaterskloof is the largest in the Western Cape. But even before water gets into dams and engineered infrastructure, it flows through wetlands, rivers and aquifers in the natural environment in our catchments – and this is something we need to focus on.

Rainfall varies a lot around the country. Our highest rainfall areas are in the high mountainous areas such as the Drakensberg in KwaZulu-Natal and the mountains of the Western Cape. These mountains are our headwaters, otherwise called water source areas. Collectively they constitute only 8% of South Africa’s land area yet they deliver 50% of our river flow. For the vast majority living in cities, this is the water we depend on.

Very little water in South Africa is recycled and re-used, and even less produced through desalination. This has been changing in the Cape during the drought, but in Cape Town less than 10% of our treated wastewater is re-used at the moment. This makes natural water resources (aquifers, rivers and wetlands) our primary source of water, and we get better quality and higher yields of water when these catchments are healthy and unpolluted. Because a disproportionate amount of our water comes from water source areas, their condition is of vital importance to city dwellers.

South Africa’s natural water resources are polluted, over-exploited and there is a lack of active management. Our precious natural water resources become the dumping ground downstream of a host of problems and systems that are not working properly to protect them. Sadly, South Africa is not alone in this. Worldwide, natural wildlife populations are declining at an alarming rate and they are falling fastest in freshwater ecosystems. Freshwater wildlife populations have fallen by 81% between 1970 and 2012 (according the Living Planet Report 2016).

At a neighbourhood level, we have problems with refuse management, litter in our streets, even oil leaking from cars on our roads. This often ends up in the storm water system and ultimately in our rivers. At a municipal level, under-investment in sewage or wastewater treatment works means that many of these treatment plants are not able to cope with the levels of waste they receive and thus some discharge treated water that is still contaminated and should not be going into our rivers. Poor enforcement at mines and factories also means that polluted water ends up in rivers and aquifers underground. Weak land management means that essential nutrient-rich sediments get washed into rivers and dams. Another problem is that water-thirsty alien invasive vegetation is allowed to spread unabated, sucking up water that should be flowing into streams.

Under our National Water Act No. 36 of 1998, catchment areas should be looked after by nine different Catchment Management Agencies around the country. Only two of these have been set up so far, and even those are not fully functional so at the moment there is a gap in how catchments are considered when we are planning long term for future development and making decisions about how to use our land and water resources. Landowners and land managers (such as farmers, foresters and nature conservation agencies) are really important custodians of our catchment areas. The decisions and actions of communal and private landowners, and many government departments (mining, agriculture, environment, district government) affect our water source areas, and most of the time these decisions are not prioritising our water security.

The Department of Environmental Affairs (DEA) manages the Working for Water programme that clears thousands of hectares of alien vegetation (pines, wattles and gum trees) each year, and helps to prevent these plants from using more water. Since it was started in 1995, Working for Water remains the country’s largest publically funded programme. As well as working towards clearing the vast invasive vegetation problem in South Africa, it has created employment at a local level. But it takes only one area of non-cleared land to create the seeds to repopulate a fast-spreading invasion again. To control this, landowners are obliged by law to keep their land cleared of alien vegetation.

Under conditions of climate change, the Western Cape is likely to get drier. More intense storms are predicted for some of the summer rainfall areas in the east of the country and Gauteng. This puts more pressure on our natural landscapes and means that their health is ever more important for our future water security. If we allow alien invasive vegetation to spread in the catchment areas, we run the risk of our rivers running dry. During the drought we have become acutely aware that the estimated 38 million m3 soaked up by alien vegetation is water that we can’t afford to lose any longer. Clearing these alien plants out of our catchments is imperative and by doing this we could deliver more water faster and more cheaply than, for instance, energy-intensive desalination. Similarly in the Drakensberg, ensuring that mountain grazing areas are well-managed and not stripped of natural grass is critical to prevent precious topsoil being washed away during heavy downpours. We want to keep healthy soil on our mountain slopes, to grow grass for livestock and not have it washed off to silt up and block dams downstream.

Strong coordination between many government departments, landowners and private companies is needed to protect and restore natural landscapes that give us water. This desperately needs a coordinating agency. Water User Associations (irrigation farmers), Fire Protection Associations and NGOs are already managing natural resources in these landscapes and have also stepped in to restore wetlands and clear alien vegetation. Money from Expanded Public Works is being used to create jobs in active restoration and clearing, and the private sector has also used corporate social investment (CSI) funding for partnerships. But much more needs to be done.

In a world of increasing demands and greater volatility under climate change, we need to make wise use of what we have. Healthy, intact landscapes are more resilient to the shocks of climate change. The catchments that feed our dams need specific management and attention to stop their degradation. Decisions about how we use and build on land need to take account of the impacts on water resources. Looking after natural areas in our cities also enhances groundwater recharge and slows storm flows into our rivers. 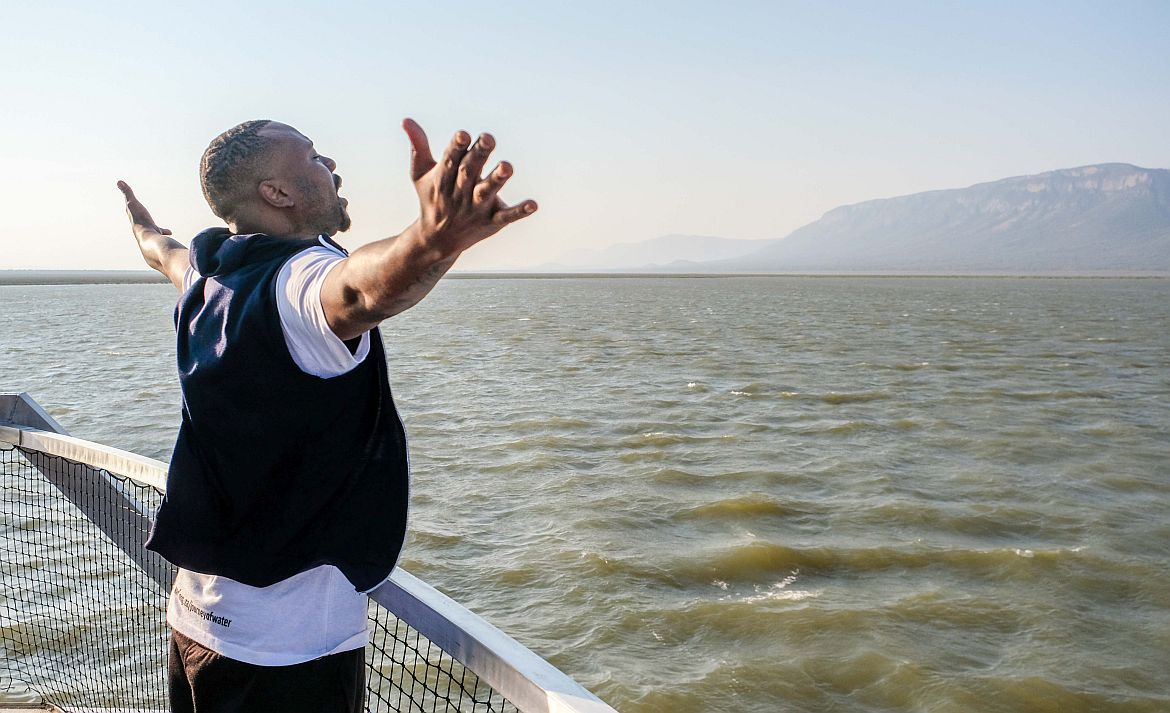 We look at how important it is to safeguard a healthy natural environment in our catchments and who is doing what to look after these critical areas.