Did you know that False Bay is South Africa’s biggest (and best!) true bay? As one of Cape Town’s most popular spots, it attracts recreational users year round and is a popular swimming, surfing, sunbathing and picnicking destination.

Did you know that False Bay is South Africa’s biggest (and best!) true bay? As one of Cape Town’s most popular spots, it attracts recreational users year round and is a popular swimming, surfing, sunbathing and picnicking destination. Snorkellers and scuba divers are also very active in False Bay and exploitative activities such as recreational fishing and bait collection extend around the shores of the entire bay. Commercial fishing in False Bay dates back more than 300 years and currently includes trek-net fishing, line-fishing, abalone and rock lobster fishing.

Over the years there has been rapid urban growth in the areas surrounding the bay and additional coastal development nodes, identified along the False Bay coastline, mean that recreational and consumptive use pressures on the bay will inevitably increase. Coastal resorts in False Bay frequently reach capacity during peak season time and development planners are now facing the challenge of meeting the increasing demand for easily accessible coastal developments, in an environmentally sustainable manner.

Eco-tourism enterprises like whale-watching, shark cage diving, and boat trips, are gaining in popularity in False Bay and are seen by many as a positive step towards the sustainable use of the bay’s marine resources, possibly also generating alternative local livelihood options. Another recent development has been the application for aquaculture ventures in False Bay, such as ranching of yellow-tail, and an experimental whelk fishery. These some are examples of how the traditional uses of False Bay are expanding to include new uses, all of which will have their own additional social and environmental impacts.

This ever increasing use of the bay’s marine resources by a wide range of often competing users, has resulted in conflict and tension between the various stakeholder groups. Examples like exploitation of the bay’s fish stocks, shark/human interactions, water quality and pollution in the bay, and safety and security along the coastline are just a small number of examples amongst many of the issues.

In response to these growing challenges, WWF-SA launched its “My False Bay” campaign, which focusses on bringing all of False Bay’s multifaceted stakeholders together, instilling in each of them a sense of pride with regards to their association with and use of False Bay. The campaign aims to grow the iconic status of False Bay by drawing out messages from individuals looking at why False Bay is special to them, as well as drawing attention to and emphasising all of the amazing work, research and energy that is already going into making False Bay the iconic bay that it is.

“False Bay is an important ecological, economic and recreational asset for the City of Cape Town,” says Arne Purves, from the City’s Environmental Resource Management Department: Environmental Compliance. “A healthy bay will continue to deliver free ecosystem services to the residents of Cape Town and future generations, if we can all find and share common goals for the bay.”

“If people share through this campaign why False Bay is a special place to them individually, we will all begin to realise in just how many different ways it is important, and develop a sense of how this Bay means so much to so many,” says Dr Eleanor Yeld-Hutchings, WWF-SA’s Manager: People and the Coast. “This is one of the first steps to the perception of a collective ownership of False Bay by civil society, which will lead to the bay getting recognition as the iconic space it deserves to be.” 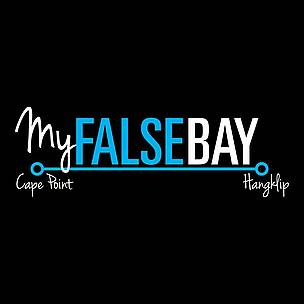