Celebrating a decade of Journey of Water

Since 2013, WWF South Africa has been taking influential South Africans on a Journey of Water through some of the country’s key water catchments to highlight the importance of a healthy natural environment for water security.

WWF South Africa’s Journey of Water campaign immerses city dwellers in an exhilarating and challenging outdoor experience to spread the message that “water doesn’t come from a tap”. The objective is to bring home the need to better protect our strategic water source areas – those mountainous areas of our country which provide the bulk of South Africa’s surface water.

After a pause due to Covid-19 constraints, WWF recently hosted a reunion dinner for participants from four previous Journeys of Water, in order to attract new partners, participants and funders to join future journeys. This event took place in Sandton, Johannesburg, on 1 June.

One of the most oft-cited Journey of Water facts, based on research conducted by the Council for Scientific and Industrial Research (CSIR), is that 50% of the water in our rivers and dams comes from only 10% of the surface area of South Africa. Yet, out of South Africa’s 22 water source areas (WSAs) across five of our provinces, only 13% of the land enjoys some level of protection (under the National Environmental Management: Protected Areas Act of 2000).

Said Ruth Beukman, Freshwater and Policy Lead at WWF South Africa: “The power of the Journey of Water is that it showcases examples of both good stewardship and neglect, whilehighlighting what everybody can do – from commercial to small-scale farmers, rural to urban-dwellers – to safeguard the natural environment that provides us with freshwater.”

Karl Socikwa, Group Executive: Market Development and Sustainability at Sanlam, said, “The Journey of Water campaign reflects a real commitment to systemic change. Over the years, we’ve invested in it because we can see how it benefits the environment, the economy and society. Without water, our society simply won’t be able to properly function.

Our goal is to empower our communities to live with confidence by building a better tomorrow. As a group, we are deeply devoted to accelerating socio-economic development, shared value creation, climate change management, and investing with impact to catalyse meaningful social – and environmental – change. Working with the WWF has been a way for us to help guard against a future that threatens the wellbeing and financial security of us all.”

About the Journey of Water
The very first Journey of Water took place in 2013 when WWF South Africa, in partnership with Sanlam and others, embarked on a physical journey from the Berg River Dam in the Boland WSA to the City of Cape Town.
Since then, there have been journeys in 2015 (Southern Drakensberg WSA), 2017 (Enkangala Drakensberg WSA), and 2019 (Boland WSA). And the idea has also caught on internationally with similar journeys taking place as far afield as Zambia, Malaysia, China and Brazil.

Aside from awareness raising, the Journey of Water has also resonated in the policy discourse leading to a sharper focus on ecological infrastructure at a national scale. It is worth noting that the first sentence used at the launch of a National Water Master Plan for South Africa was the line “water doesn’t come from a tap”.
Key elements that make the Journey of Water such a powerful communication tool are

In the intervening years since the first Journey of Water in South Africa, the campaign has also gathered momentum around the world.

The first country to follow South Africa’s lead was Zambia, which focussed its journey on the Kafue Flats – an increasingly water-stressed stretch of the Kafue River, which provides Lusaka with water.

In Brazil, participants journeyed by foot, horse, bike and boat along the Paraguay River to highlight threats to the Pantanal, the world’s largest tropical wetland which is home to over 4 000 species and a vital source of water for rural communities and distant cities.

In China, the journey had huge impact on social media.

Since 2013, there have been many positive developments in the South African water source areas, among them: 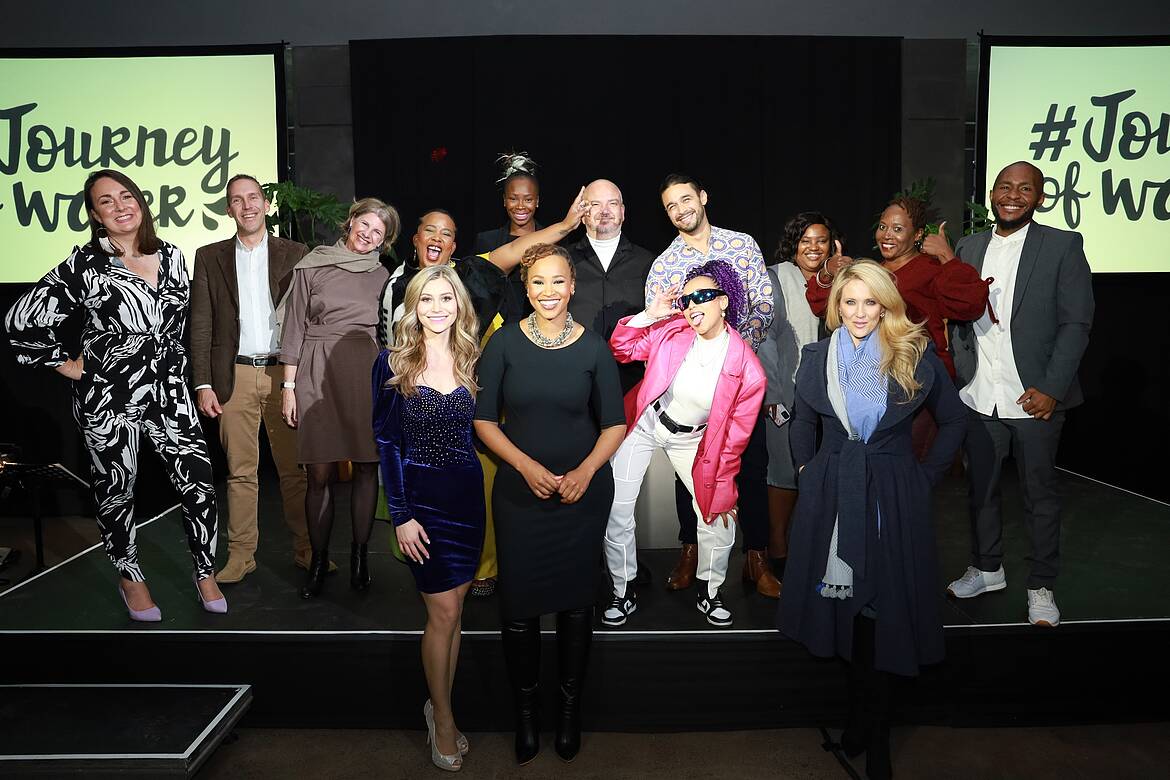 A group of past ‘water hero’ walkers reunited in Johannesburg to celebrate 10 years of the Journey of Water campaign.