For founder and Director, Odette Curtis-Scott, this is a dream that seemed impossible 10 years ago. “I still can’t quite believe it and have to pinch myself to remember this is real. We have made major inroads towards protecting Renosterveld over this time.”

Renosterveld is the richest bulb habitat on earth, but is also one of South Africa’s most threatened ecosystems. Since the advent of farming technology, in particular the plough, 95% of Lowlands Renosterveld has been removed and replaced for agricultural development. The 5% of Renosterveld that remains is severely fragmented – with patches situated on private land in valleys and on hills too steep or rocky to plough.

Odette says, “When I first started spending time in Renosterveld, I saw there was a big gap that needed to be filled. At the time, few farmers saw the value in their Renosterveld, which was seen as the ugly sister to Fynbos. That’s what we’ve really focused on during these 10 years – showing farmers the incredible diversity and life that exists in these patches.”

A mission with a difference

According to Prof Muthama Muasya of the University of Cape Town, the ORCT has one major difference from most other non-profit organisations. “The approach to conservation taken by the ORCT is one which is towards conserving the ecosystem, as opposed to approaches that look at a particular species, like the rhino. The ORCT is therefore conserving not only what we know above the ground, but also below the ground, and the interaction of the complexities of the ecosystem.”

A game-changer for the Trust came with the launch of conservation easements, a mechanism which gives support to farmers to protect their Renosterveld, by signing title deed restrictions. In return, the ORCT provides assistance with habitat restoration and management, which can include clearing of invasive alien vegetation, fencing to improve livestock management on the veld, erosion control and ecological burns, among others.

Farmer Dirk van Papendorp, who has been Chair of the Trust since its inception, says that this support to farmers is the foundation for success. “I am sure that as a Trust we are doing the right thing working with landowners. This is how we’ll bring about change.”

Already 20 conservation easements have been signed, with around 6 000 hectares now protected via title deed restrictions.

But this is only the beginning. Odette says, “My vision is to one day see our easement signage across all farms in the Overberg with Renosterveld on it. I’d love to see landowners looking at the bigger picture, looking at their farms as part of a bigger landscape where it’s clear that everything you do impacts on everything else.”

The ORCT has also made other important inroads. In 2014 they were given the management responsibility of Haarwegskloof Renosterveld Reserve by WWF South Africa. Haarwegskloof is home to the largest connected stretch of Renosterveld left in the world. Odette and her team converted the old farmhouse into a research centre for students to study this ecosystem, and then converted an old dairy into a self-catering guest house for visitors.

In 2020, after 5 years of research, the first Renosterveld field guide was launched, called the ‘Field Guide to Renosterveld of the Overberg’. Odette co-authored the guide, which not only showcased thousands of plant and animal species, but also sought to raise awareness of the plight of Renosterveld. To add to this, the ORCT is now developing the world’s first Renosterveld herbarium, based at Haarwegskloof, in order to collect every known species found within the Overberg’s Renosterveld.

As an iconic Fynbos and Renosterveld-dependent species, the ORCT is working to protect Black Harriers. This endemic, charismatic bird of prey is listed as Endangered, with only around 1 300 mature individuals remaining in the world. The Trust is placing satellite tags on breeding adults, to learn more about their foraging habits and their use of the landscape.

Here’s to another 10 years

Odette says, “We could not have done any of this without our farming partners, nor the supporters and donors who have provided such vital support over these 10 years, such as WWF South Africa.”

Still, much work remains. For Dirk van Papendorp, there’s so much reason to continue this mission. He says, “You’re a better person after you spend time in Renosterveld reconnecting with nature.”

And as the ORCT’s Conservation Manager, Grant Forbes, says, “We are working against the clock. If we don’t continue to act, Renosterveld could be lost forever.” 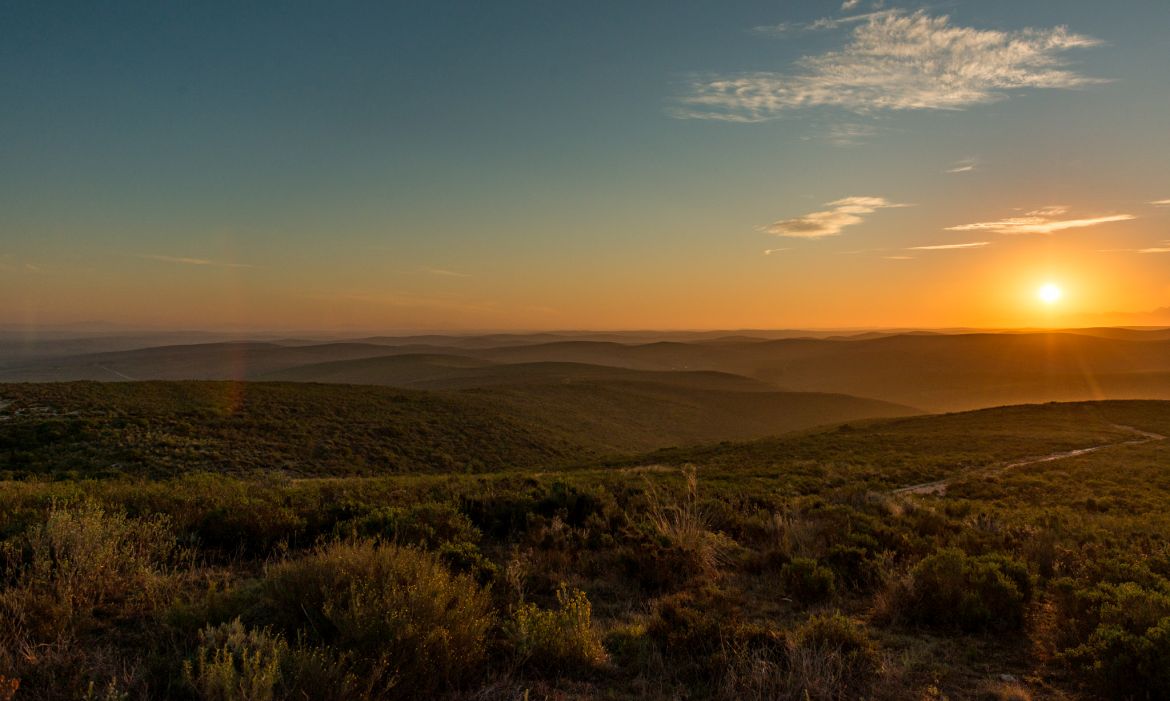 The Overberg Renosterveld Conservation Trust manages the Haarwegskloof reserve on behalf of WWF. It encompasses the largest connected stretch of this vegetation type remaining in the world.