WWF South Africa and the University of Pretoria’s Mammal Research Institute Whale Unit are teaming up to support research on southern right whales which are facing a variety of new threats, not least the impact of a warming climate on their food supply.

The Whale Unit, which falls under UP’s Faculty of Natural and Agricultural Sciences, has been monitoring southern right whale populations since 1969. Using annual surveys, including photo-identification photography, their research is one of the longest continuous datasets for any marine mammal in the world. As such, it is an extremely valuable dataset that is of national and international importance.

Up until about a decade ago, southern right whales had made a remarkable recovery from commercial whaling. But now, warming oceans, and consequent changes to ocean processes appear to be having a negative impact on available food supply. This is having a noticeable impact on the number of whales visiting South African shores.

This is why WWF South Africa is partnering with the University of Pretoria’s Mammal Research Institute Whale Unit to enable it to continue its vital research into the wellbeing of these iconic whales which lie at the heart of our coastal tourism industry, generating both direct and indirect income for the country.

Research manager at the Whale Unit, Dr Els Vermeulen, explains: “Since commercial whaling stopped, the recovery of the southern right whale population was a great conservation success story. But now, the science is telling us is as that these marine mammals are coming under renewed pressure from a more modern problem likely linked to climate change. Over the past decade, we have been finding that the whales are getting thinner, are calving less often and are leaving their breeding grounds earlier.”

In October last year, a three-day aerial survey from Nature’s Valley to Muizenberg counted some 414 whales, among them 191 mother-and-calf pairs mainly between De Hoop Nature Reserve and Walker Bay near Hermanus. This number is higher than recorded in 2019 and 2020 but remains well below what is regarded as normal.

In addition, since 2009 the number of unaccompanied adults (males, resting females and receptive females) has been noticeably lower, indicating that non-calving right whales are still not migrating to the South African coast as readily as they used to in years gone by.

A worrying trend is that whale mothers also appear to be leaving South African breeding areas earlier than normal, which could be having a negative effect on the chances of calf survival.

Southern right whales rely heavily on their foraging success and stored energy supplies to support their reproduction and migration. Their body condition (or “fatness”) is thus extremely important to ensure successful pregnancy and calf rearing. Recent research has shown that right whale mothers have decreased in body condition by 24% since the late 1980s, indicating clearly that their feeding is less successful.

Dr Vermeulen adds: “We strongly believe this lack of energy reserves lies at the basis of the increased calving intervals and a reduced migration towards our shores of the non-calving individuals. But in order to understand the dynamics behind this, we need to continue our ongoing research. We are deeply grateful to all the organisations and individuals who have supported this work over the years. It is now more important than ever for us to keep providing the information that will promote the protection and conservation of this iconic whale species.”

Craig Smith, Senior Manager: Marine Programme with WWF South Africa says: “There is no doubt that we are experiencing major changes in our oceans as a result of climate change, which in turn could have severe implications for marine species and livelihoods. We do need to understand these changes better to allow for improved forecasting and building of resilience for people and marine ecosystems. To this end southern right whales may proof to be a very useful indicator for changes in our oceans. The funding of a long-term southern right whale dataset is priceless in helping scientists to understand these changes, and help advocate for reduced greenhouse gas emissions so that the iconic southern right whale can continue to thrive along our coastline.” 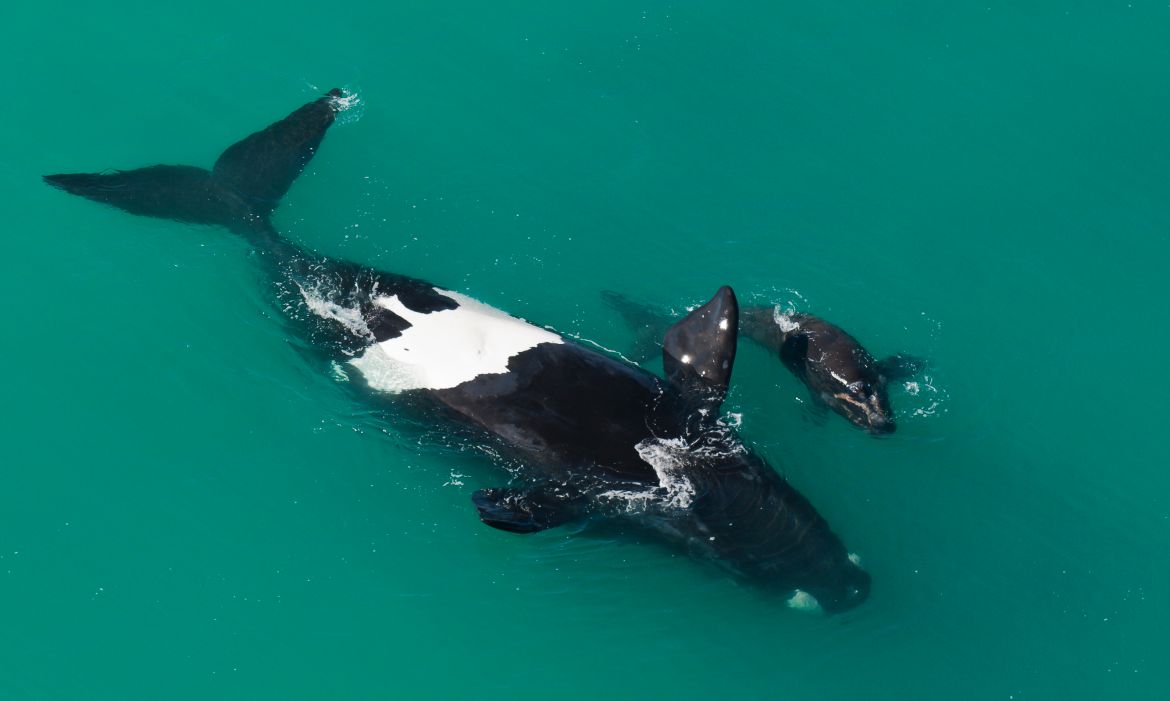