WWF welcomes the release of the rhino poaching numbers for 2021 by the Department of Forestry, Fisheries and the Environment (DFFE). Transparency and regular communication about the status of rhino and rhino poaching is vital to track the impact of our efforts to conserve rhinos and reduce the impacts of the illegal wildlife trade.

In a statement released today, DFFE said 451 rhinos were illegally killed for their horn in South Africa during 2021, an increase in poaching losses of 394 from 2020, but still lower than poaching numbers in 2019 (594).

Notwithstanding the respite in poaching pressure seen due to lockdown restrictions in 2020, the latest poaching numbers confirm the ongoing threat to our rhino populations. At the same time, global travel and tourism restrictions in response to the pandemic continue to have a devastating impact on income for conservation areas and the livelihoods of local people living near those areas.

Strong collaboration between law enforcement agencies remains key in preventing wildlife trafficking and there were notable convictions during 2021, such as three arrests under Project Python including charges of racketeering and money laundering relating to rhino horn trafficking. There were also a number of successful convictions for killing rhinos in Kruger National Park, with sentences up to an effective 45 year’s imprisonment, based on strong collaboration between the South African Police Service (SAPS) and South African National Parks (SANParks).

Furthermore, on January 18th, 2021, the National Administration of Conservation Areas (ANAC) in Mozambique announced the sentencing of poaching gang leader Admiro Chauqu to an effective 30 years in prison by a Mozambique court for illegal hunting and other related offences. This is the first conviction of a high-level poacher in Mozambique following close co-operation between ANAC, the Greater Lebombo Conservancy, Mozambique Police and Mozambique Prosecuting Authority and South African agencies. On the international front, Operation Golden Strike set a platform for better cooperation between Southern Africa and South East Asia.

Minister Barbara Creecy refers to the draft National Integrated Strategy to Combat Wildlife Trafficking (NISCWT). The strategy, which has been more than five years in the making, prioritises the need for collaboration across law enforcement agencies to break the illicit value chain of wildlife trafficking and we look forward to its formal approval. Implementation of this strategy will streamline investment in skills and equipment and enhance effective cross-border investigations to address wildlife trafficking – but in order for this to happen the document needs to be finalised and adopted.

In addition, safety and security efforts must go beyond the fence line and consider both the people living around the parks and the wildlife living within them. Communities around protected areas are often exposed to high crime threats due to poor governance and weak rule of law, which enables wildlife trafficking syndicates to proliferate, damaging social cohesion and increasing lawlessness. A broader approach to landscape security could secure both the safety and wellbeing of people and wildlife.

Dr Jo Shaw, Senior Manager: Wildlife Portfolio, WWF South Africa:
“The latest rhino poaching numbers from South Africa confirm the ongoing nature of the threat to the world’s rhino populations, regardless of the brief respite in poaching pressure in 2020 due to lockdown restrictions. In fact, global travel and tourism restrictions in response to the pandemic continue to have a devastating impact on income for conservation areas and the livelihoods of local people living near those areas. To dismantle the known trafficking networks threatening people and wildlife we need international commitment to cross-border collaboration across law enforcement agencies from rhino range states, transit countries and consumer countries.” 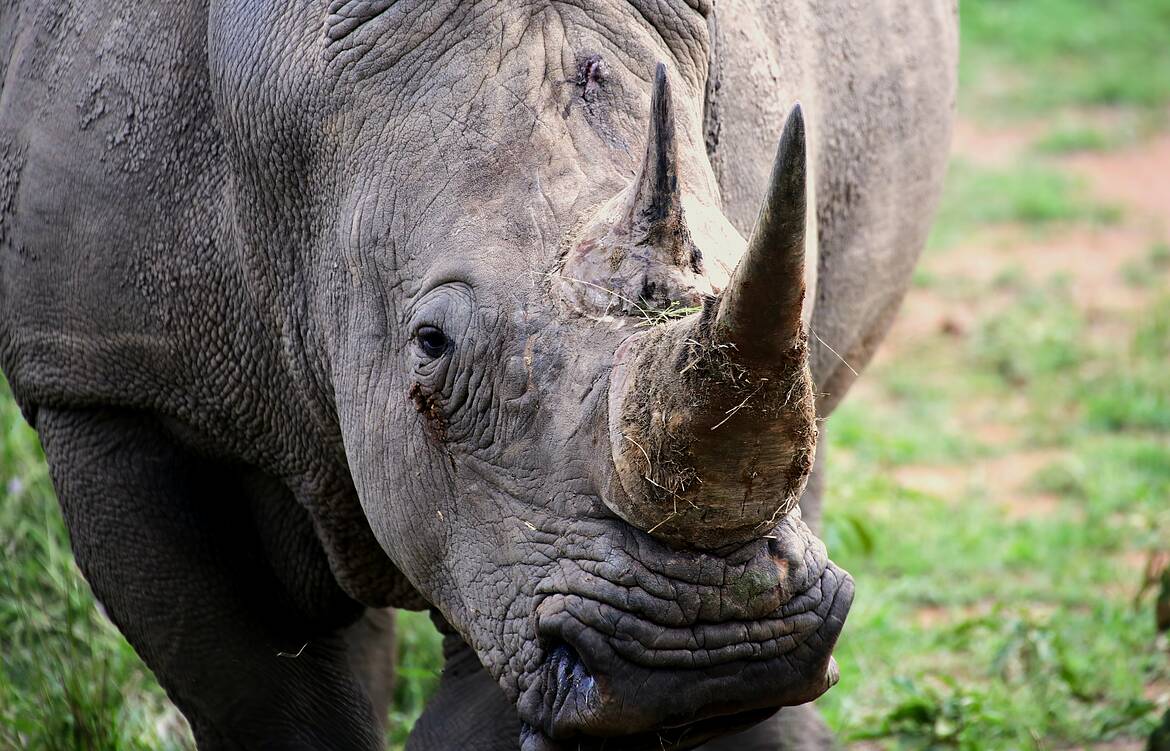 The latest poaching numbers confirm the ongoing threat to the world's rhino populations.