Recent study shows how sustainable practices in the dairy industry can boost profits.

Sustainability is taking hold in South Africa’s dairy industry, and according to a recent study of the dairy sector, sustainable best practices can boost profitable milk production and have a lower environmental impact.

For the report "Making a business case for sustainable dairy production", WWF and Trace & Save, through a partnership with Nedbank, gathered data from farms that are part of the Trace & Save system. The results found that implementing sustainable best practices should lead to more profitable milk production with less negative environmental impact.

This comprehensive study presents a business case probing the association between the economic and environmental facets of sustainability related to milk production on dairy farms in South Africa. The data was drawn from a case study by Trace & Save of pasture-based dairy farms from the Eastern Cape (55 farms), Western Cape (4), and KwaZulu-Natal (3).

Trace & Save is a sustainability assessment platform accompanied by a management system and online platform that measures, tracks, and reports on sustainability at the farm level and is designed for any soil-based form of agriculture. Given the lack of absolute measurements of sustainability performance and certification standards in the South African dairy sector, the Trace & Save system has been adopted as the guiding methodology for the business case.

An interrogation of the soil carbon levels, carbon footprints, and nutrient utilisation of case study farms revealed that the best of South African pasture-based dairy farms have a comparatively low environmental impact compared to global averages. The soil carbon levels are also well above optimal. Even the medium environmental impact group reflects relatively well compared to global averages. Crucially, the study revealed that for agriculture to be sustainable, restoration of soil health and not just maintaining soil fertility is vital. This is also the primary goal of regenerative agriculture practices.

The results revealed that sustainably produced milk relies on healthy soils that grow sufficient, good-quality pastures. These pastures need to be well utilised and provide the most significant proportion of feed. Farms that produce more food on the farm for their cows make more money. The bought feed that is necessary should be converted into milk effectively. Fertiliser inputs should be minimised, and nutrient efficiency optimised, which should also be associated with healthy soils. So, achieving this while optimising milk production should result in more sustainable pasture-based milk.

This, according to the study, is due to the provision of nutrients to plants through natural nutrient cycling as supported by a healthy, balanced soil food web. On the other hand, there is a positive correlation between the scores for soil, soil carbon, and water. Healthy soil, particularly the carbon component, holds more water for longer, which improves water use efficiency.

The gross margin of each farm was calculated as the total income per litre of milk minus the following variable costs per litre of milk: concentrates, roughage, fertiliser, electricity, and fuel. This is obviously not an actual profit margin as some costs have been excluded, such as labour, equipment, infrastructure, veterinarian, and medical expenses.

The charges that have been included in calculating the gross margin give a comprehensive insight into which farms are more profitable. Consequently, higher margins are associated with a lower carbon footprint and higher nitrogen and phosphorous utilisation.

Craig Galloway, a sustainable-agriculture researcher, and WWF South Africa’s Sue Viljoen found that one of the farms increased their gross margin by 43% between 2013 and 2019 by implementing changes advocated by Trace & Save.

"We are pleased with the farmers we worked with, and appreciate that Nedbank and WWF are with us on this journey," said Galloway.

"We hope this research will encourage farmers and the rest of the industry to adopt more sustainable ways of farming. Within WWF, regenerative farming is something that’s been on our radar for a while now. We were happy to get on board to put the time and resources into providing evidence on the benefits of regenerative farming," said Viljoen.

"This research is precious and will go a long way towards helping farmers increase profits while doing the right thing for the environment,’ said Herman de Kock, Executive Head of Business Banking Sales at Nedbank. ‘Sustainability is essential to us at Nedbank, and we are always ready to lend a helping hand to help our farmers grow their businesses," he said.

Notably, the results were precise that sustainability is influenced by the efficiency of milk production (per hectare and per liveweight, but not per cow), both from an environmental impact and economic perspective. This creates the distinction where to limit environmental impact and increase profitability; milk production should probably not be pushed to the maximum per cow.

One can draw from this study that it is directly in the financial interest of dairy farmers to strive aggressively to become more sustainable. Not only would achieving a lower environmental impact be positive but there is also a clear business advantage, as has been outlined in this business case. This is a win-win for farmers, for consumers, for milk processors, and for the dairy industry in its entirety. Understandably, as the study shows, there are financial imperatives but sustainable practices can be implemented gradually through a journey of improvement. 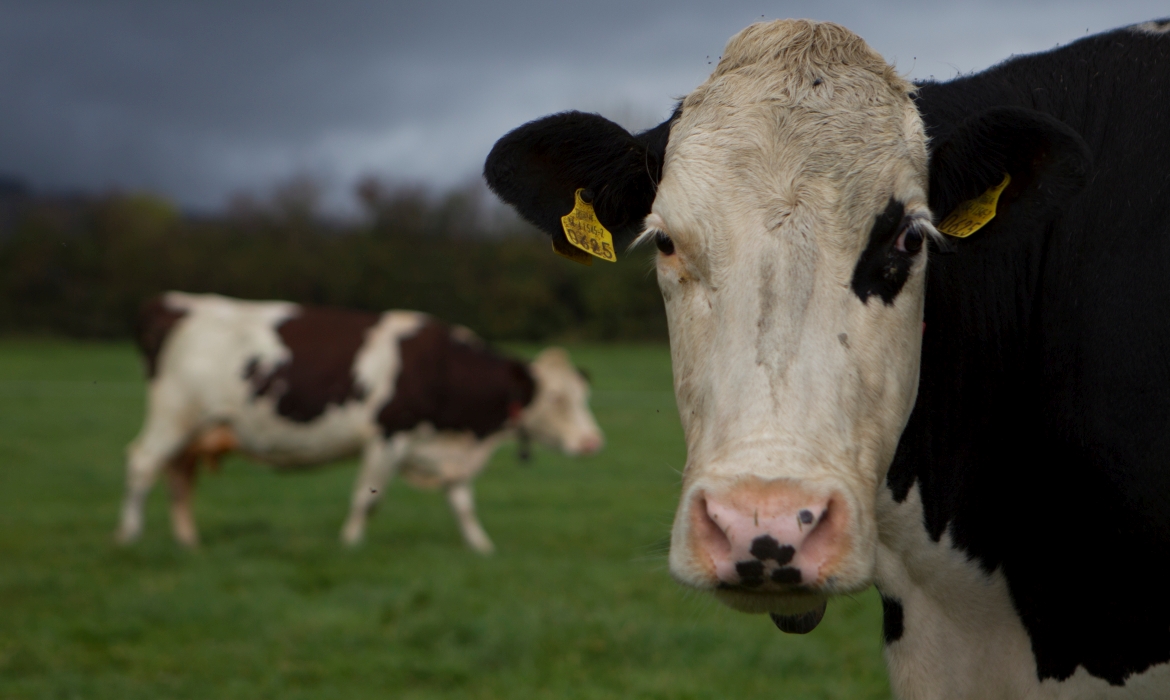