Global populations* of mammals, birds, amphibians, reptiles and fish have suffered an average two-thirds decline in less than half a century, due in large part to the very same environmental destruction which is contributing to the emergence of zoonotic diseases such as Covid-19, according to WWF’s Living Planet Report 2020, released today.

The Living Planet Report 2020 is the 13th edition of WWF's biennial flagship publication.
It presents a comprehensive overview of the state of our natural world through the Living Planet Index (LPI), which tracks trends in global wildlife abundance, and contributions from more than 125 experts from around the world.

Provided by the Zoological Society of London (ZSL), the LPI shows that the same factors believed to increase the planet’s vulnerability to pandemics (among them land-use change and the illegal wildlife trade) are some of the drivers behind the 68% average decline in global vertebrate species populations between 1970 and 2016.

The LPI, which tracked almost 21 000 populations of more than 4 000 vertebrate species between 1970 and 2016, also shows that wildlife populations found in freshwater habitats have suffered a decline of 84%, the starkest average population decline in any biome, equivalent to 4% per year since 1970.

The report includes pioneering modelling which shows that reversing the loss will only be possible if bolder, more ambitious conservation efforts are embraced and transformational changes made to the way we produce and consume food.

This modelling is based on a paper, ‘Bending the curve of terrestrial biodiversity needs an integrated strategy,’ co-authored by WWF and more than 40 NGOs and academic institutions and published today in Nature.

The research shows that implementing these measures together rather than in isolation, will allow the world to alleviate pressures on wildlife habitats more rapidly. The modelling also indicates that if the world carries on with “business as usual”, rates of biodiversity loss seen since 1970 will continue over the coming years.

The Living Planet Report 2020 launches less than a week before the 75th session of the United Nations General Assembly, when leaders are expected to review the progress made on the Sustainable Development Goals, the Paris Agreement and the Convention on Biological Diversity (CBD).

The UNGA 2020 will bring together world leaders, businesses and civil society to develop the post-2020 framework for action for global biodiversity and thus marks a milestone moment to set the groundwork for an urgently needed New Deal for Nature and People.

Dr Morné du Plessis, CEO WWF South Africa, commented: “Once again, this latest edition of the Living Planet Report reminds us of the intimate link between human health and wellbeing and that of the natural world. A key issue highlighted in the report is the pivotal role food production plays when it comes to habitat loss and the environmental degradation driving this precipitous decline in biodiversity.

“On the plus side, the modelling also shows that it is possible for us to stabilise and reverse these trends through more ambitious conservation efforts and by making fundamental changes to the way we live, including reducing food waste and through the pursuit of a more sustainable diet.”

Marco Lambertini, Director General, WWF International, says:  “The Bending the Curve modelling provides invaluable evidence that if we are to have any hope of restoring nature to provide current and future generations of people with what they need, then world leaders must, in addition to conservation efforts, make our food system more sustainable and take deforestation (one of the main causes of wildlife population decline) out of supply chains.

“With leaders gathering virtually for the UN General Assembly in a few days’ time, this research can help us secure a New Deal for Nature and People which will be key to the long-term survival of wildlife, plant and insect populations and the whole of nature, including humankind. A New Deal has never been needed more.”

*Using the data from 4 392 species and 20 811 populations, the 2020 global Living Planet Index shows an average 68% decline in monitored populations. The percentage change in the index reflects the average proportional change in animal population sizes tracked over 46 years and not the number of individual animals lost. 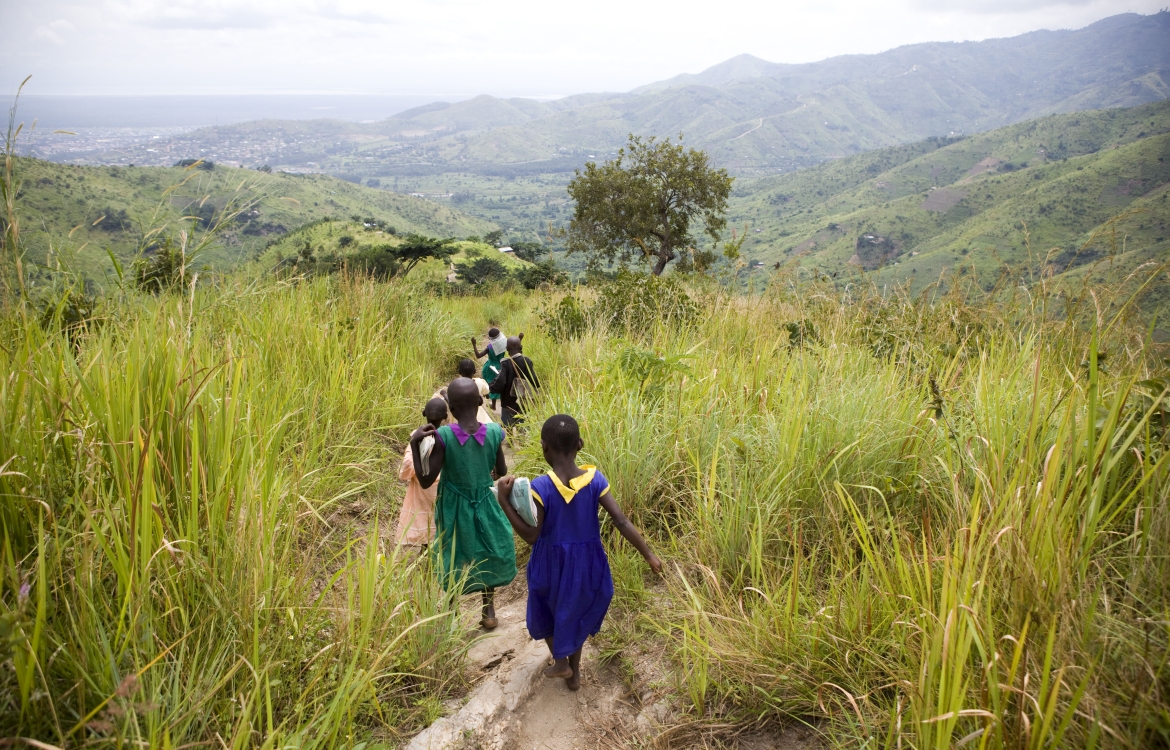 Children walking in the Forest Landscape Restoration HQ and nursery in Rukoki SubCounty in Uganda.

WWF bids farewell to the 2021 cohort of interns