About half of South Africa's direct transport greenhouse gas emissions come from people travelling, with cars being the greatest contributors. Commutes are mainly to places of learning or work. A WWF Nedbank Green Trust project called Low Carbon Passenger Transport focused on these two commutes and tested a suite of interventions in order to get people thinking about ways to proactively reduce their transport carbon footprint.

As an individual, one of the single biggest things you can do to reduce your carbon footprint is to change your travel patterns. About half of South Africa's direct transport greenhouse gas emissions come from people travelling, with cars being the greatest contributors. In Gauteng 69% of passenger transport emissions come from cars and 23% from minibus taxis.1 In Cape Town it is 86% from cars and 7% from minibus taxis2. People in the highest income quintile are responsible for almost 60% of passenger transport emissions in Gauteng, mainly through private car use.1

Commutes are mainly to places of learning or work.3 A WWF Nedbank Green Trust project called Low Carbon Passenger Transport focused on these two commutes and tested a suite of interventions such as lift clubs, commuting behaviour change and management of staff travel needs. Funded by Nedbank, the project spanned three years from October 2015 to March 2019, and aimed to test replicable solutions that could achieve emission reductions of 15% or more if taken to scale.

The manager of the project at WWF-SA, Innocentia Modau, says the objective was to get people thinking about ways to proactively reduce their transport carbon footprint travelling to school and work and to commit to playing their part in building a more climate-resilient future.

'In South Africa the greater number of scholars and employees already walk or use public transport or minibus taxis, so there is little more they can be expected to do to lighten their carbon footprint,' Modau says. 'However, the more affluent the household, the more cars they have. And, as soon as households can afford it, one of the first purchases they make is a car. The challenge is to divert people from using their cars for every trip to work or school to making greater use of lift clubs, public transport, shared Uber-type rides and non-motorised transport such as walking and cycling.'

Wynberg Boys' High in Cape Town was chosen for the pilot of this project as it has learners from both high-income homes that have more than one car and low-income homes where the learners are already using public transport or some form of car sharing.

The project introduced, among other things, walking and cycling 'buses' where scholars cycled or walked to school in groups under the supervision of parents, carers and community volunteers. 'We got inspiration from established initiatives such as the Walking Bus (https://www.saferspaces.org.za/be-inspired/entry/walking-bus-initiative) which was launched to ensure the safety of learners travelling to and from school,' says Modau. The Walking Bus operates in over 70 areas in the Western Cape.

'The success of this initiative depends on buy-in from the school and a champion within the school, either the principal or a teacher, to help drive it, which we had at Wynberg Boys' High,' says Modau. 'About 29 families from the school formed lift clubs in 2016 and 2017 and another survey in the last term of 2018 indicated that about 20 families were still doing the lift clubs.'

'We engaged with many different corporates and found them reluctant to participate in our pilot,' says Modau. 'What it reveals is that senior management did not recognise the business case for lowering their employees' carbon emissions.

The WWF-SA decided to walk the talk and use their offices in Johannesburg and Cape Town as the site of the first pilot. The second pilot is taking place at the University of South Africa (Unisa) at their Tshwane and Johannesburg campuses.

WWF-SA already had several low-carbon transport measures in place, such as having offices near public transport access points, policies to work from home and limit air travel, having facilities for video conferencing and other virtual meetings, as well as pool cars and pool bicycles.

The WWF-SA pilot therefore focused on voluntary transport behaviour change. It started in April 2018 when the project team engaged all staff in different activities, including a travel survey on their commuting and travel behaviour as well as information sessions with service providers that presented a range of private-lift club and public transport apps, such as uGoMyWay http://ugomyway.com/tag/cape-town/ and GoMetro http://www.getgometro.com/

To create further impetus all 120 staffmembers were invited to participate in a week-long Ecomobility Challenge. The 45 staffmembers who participated had to log details about their work commute in a travel log for a week, including what time they left home, the distance they travelled to and from work, and dropoff points, and how many people they travelled with. They also logged all business-related trips for the week, be it car trips or flights.

'They had to set targets for themselves, such as walking more or planning their shopping trips better to reduce the frequency of motorised travel use, and they had to list some of the barriers they experienced in achieving their targets,' Modau explains.

'Some WWF-SA staffmembers had already been paying careful attention to the way in which they travelled, but the analysis showed that the majority, including those who stayed within 10 km or 20 km of the office, used their personal cars.'

Senior WWF-SA management has taken the issue of staff ecomobility on board and the pilot closed with recommendations that entailed interventions in terms of organisational policies and practices, including incentives and disincentives, in addition to measures WWF-SA already has in place.

The second work commuting pilot was launched with Unisa in May 2018. From June to August 2018 engagements were held with numerous Unisa stakeholders, including the human resources department, the unions, the operations and facilities department (which arranges university transport and campus parking), as well as their security department.

'Unisa stakeholders explained that they have significant issues with parking on campus, with over 4 000 staff members parking on the Muckleneuk campus in Tshwane,' says Modau. 'Also, since the merger with the Johannesburg campus, an additional group of staffmembers have to travel from Johannesburg to Pretoria, for which Unisa introduced a shuttle service. This certainly helps, but a high percentage of staffmembers needs to travel during the day to meetings, and if they use the shuttle to get to and from work, this leaves them without transport during the day – hence they drive their own cars to work.' Unisa does have pool cars, which some people use to get to meetings during the day.

Following the stakeholder engagement, a travel survey was developed and conducted in partnership with the Unisa Bureau of Market Research. About 6 000 staff members were invited to complete the travel survey, with results analysed in a report entitled Transportation patterns and behaviour among UNISA staff working at the UNISA Pretoria and Science campuses. Unisa has expressed its commitment to taking forward the issues uncovered and recommendations made in the final report.

The project developed many resources that can be used or adapted for other low-carbon transport initiatives, including staff communication materials, travel pattern surveys, travel logbooks, carbon calculators for determining the emissions per passenger-kilometre of various vehicles and modes, and the Low-carbon Mobility Challenge Toolkit. https://www.wwf.org.za/our_research/publications/?27421/low-carbon-mobility-challenge-toolkit

This challenge was developed by another WWF Nedbank Green Trust project, which is run in Tshwane, Johannesburg, Cape Town and Ekurhuleni. Demand for the challenge keeps growing. Teams compete on a route using only low-carbon transport options such as walking, cycling, public transport, minibus taxis and electric vehicles. The team that completes the journey with the lowest carbon footprint is the winner.

In addition to the resources mentioned above, some mutually beneficial soft resources also became available through the project, in the form of cooperation among the network of participating organisations, local transport departments and service providers.

Several publications on key passenger transport issues were produced and widely disseminated to policymakers, transport planners and engineers, transport user groups and experts and academia. These publications are also used further in WWF-SA's work with municipalities.

'Our aim at the outset of this project was to produce a number of documented case studies, record the emission savings and make recommendations for the replication of successful initiatives, which we have done' says Modau.

'We didn't manage to achieve substantial and quantified carbon emission reductions, which was perhaps an unrealistic goal given that a voluntary shift to more sustainable practices is a gradual process.'

None of the pilots achieved the scale of change and emission reduction that was hoped for, due to a range of factors, including:
That being said, the project is an important step towards creating a blueprint for similar sustainability efforts in future. These efforts will therefore be refined further as pressure on all sectors to lower their carbon footprints continues to grow.

The project has made a valuable contribution to WWF-SA's strategic goals of addressing the risks and opportunities posed by climate change. Ever-escalating fuel prices (which now include carbon tax) might prove to be a significant driver in individual and organisational efforts to lower emissions from passenger transport. The project tested several approaches and created networks and resources that can inform and support such efforts now and into the future, and continues to widely disseminate relevant information through conferences, business networks and WWF-SA's work with cities. 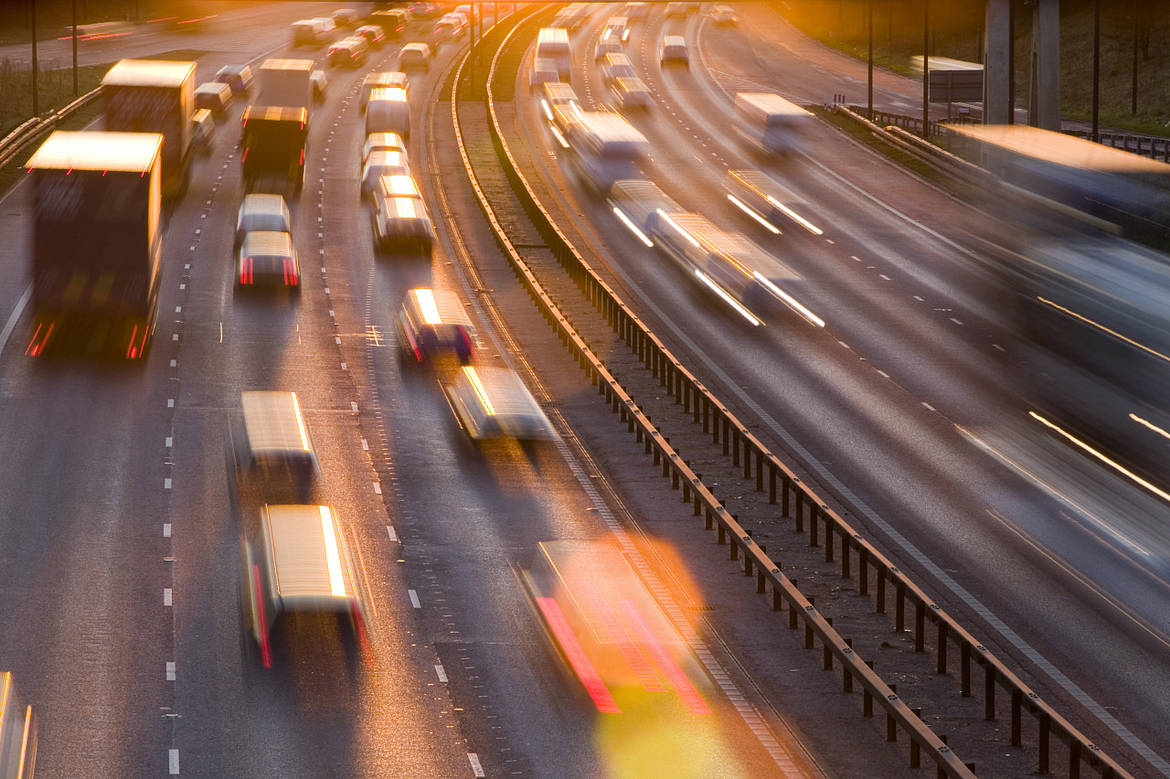 If we hope to combat climate change, one of the biggest changes we will have to make is the way in which we transport people and goods.