The WWF Nedbank Green Trust is funding Conservation Outcomes, a KwaZulu-Natal-based non-profit organisation focused on biodiversity conservation, to develop the game meat protocol and demonstration projects in partnership with game reserves and the retail industry.

South Africa’s game meat market has considerable growth potential. If it is developed responsibly, this market is compatible with biodiversity conservation and can contribute to rural economic development, job creation and food security.

The WWF Nedbank Green Trust is funding Conservation Outcomes, a KwaZulu-Natal-based non-profit organisation focused on biodiversity conservation, to develop the game meat protocol and demonstration projects in partnership with game reserves and the retail industry.

Greg Martindale, who is Director of Conservation Outcomes and leading the project, explains: ‘We are focusing on extensive private, state- and community-owned game reserves, including Kruger National Park (KNP) and the Great Limpopo Transfrontier Conservation Area. In northern KwaZulu-Natal we are working with reserves such as Phinda, Somkhanda and Babanango to determine the viability of setting up an abattoir in Phinda in partnership with neighbouring reserves.’

The 13 000 ha Babanango Game Reserve (BGR) is being established on land successfully claimed by the Emcakwini community. ‘Once we are open to tourism in 2019, the possible establishment of an on-reserve abattoir and retail market on the reserve would strongly contribute to our sustainability and that of other nearby reserves,’ says Musa Mbatha, the General Manager of BGR, who was formerly with Phinda.

A number of successful on-reserve game meat abattoirs already exist, and the project team is engaging with them. A good example is Nambiti Big 5 Private Game Reserve in Ladysmith, KwaZulu-Natal. This reserve sells the prime cuts of game meat to neighbouring lodges, and reasonably priced braai packs and chilli wors to the local schools and communities.

Another example is Pongola Game Reserve, which has been leading game meat production and sales in the region for years. Game carcasses are bought from other reserves at approximately R22/kg and then packaged and sold locally and back to the reserves, to cater for the big demand emanating from the tourism industry.

‘If you can slaughter and process game meat yourself, it makes far more sense income-wise. For example, you can produce biltong and retail it for up to R450/kg,’ says Martindale. ‘We have engaged with Kemp Landman of Pongola Game Reserve to explore collaborating in increasing the region’s game meat production, with the aim of collectively supplying large retail chains such as Checkers and Spar, which are looking at developing specific game meat products.'

A significant part of the WWF Nedbank Green Trust project is the work that Conservation Outcomes has been doing with SANParks since 2018 for the revival of its registered abattoir at Skukuza, KNP. ‘The short-term aim is to get the Skukuza abattoir operational again, and the longer-term aim is to establish a game meat market under the auspices of the Great Limpopo Transfrontier Conservation Area Cooperative Agreement, incorporating other game meat abattoirs in the greater Kruger system,’ says Martindale.

The Skukuza abattoir project has shown there is a significant game meat market in the greater Kruger area. KNP alone receives over 1,5 million visitors a year, and significant volumes of game meat are sold at its shops, restaurants and lodges (for example a variety of game meat biltong is sold in its shops at R442/kg and game steak or shanks are sold in the Skukuza restaurant at R169 per portion). None of the game meat currently sold originates from the greater KNP because the Skukuza abattoir is, shockingly, not properly operational.

‘Once the Skukuza abattoir is fully operational again, it can contribute profits to the greater KNP and 16 KNP land claim communities,’ says Martindale. ‘We would also like to see the growth of aligned small-to-medium-size businesses in the communities bordering the reserve, populated by about two million people. Businesses could include skin curing, game upholstery or game pie baking. Importantly, the game meat production will include affordable meat options that will be sold to neighbouring communities.’

In time, the model could be replicated in all provinces, centred around prominent game reserves such as Addo Elephant Park in the Eastern Cape, Mokala National Park in the Kimberley region of the Northern Cape, and the Pilanesberg and Madikwe Parks in the North West.

Asked about the export potential, Martindale explains: ‘The export potential for game meat is huge, with the world supply of game meat primarily being driven by the approximately 40 000 tons of fallow deer meat exported each year from New Zealand to Europe, where the largest market exists. Until 2010 South Africa exported between 1 400 and 1 600 tons of game meat a year to Europe, most of which was springbok, marketed as deer venison.

‘Since 2011, however, outbreaks of foot-and-mouth disease and other diseases have led to bans on meat exports. He says the export market is too unpredictable for the initial development of the game meat market, and this project is therefore domestically focused.

‘Whether it is for the domestic or export market, it is important for the production and sale of game meat to adhere to the correct veterinary and health protocols, legislation and procedures to ensure that risks are managed and minimised and that the meat is safe to eat.’

‘We are looking into a potential collaboration with SAMIC-approved free-range beef to meet the retail requirement for all-year supply, as game meat supply is more specific to winter and spring. We are therefore talking to a company called Meat Naturally, which has mobile cattle auctions and could purchase free-range cattle for beef from commercial and communal cattle farmers to supply free-range beef during the summer and autumn months. Consumers are increasingly looking to buy free-range products, and this would fill the need for a continuous supply of free-range meat, and keep the abattoirs busy all year round,’ Martindale concludes. 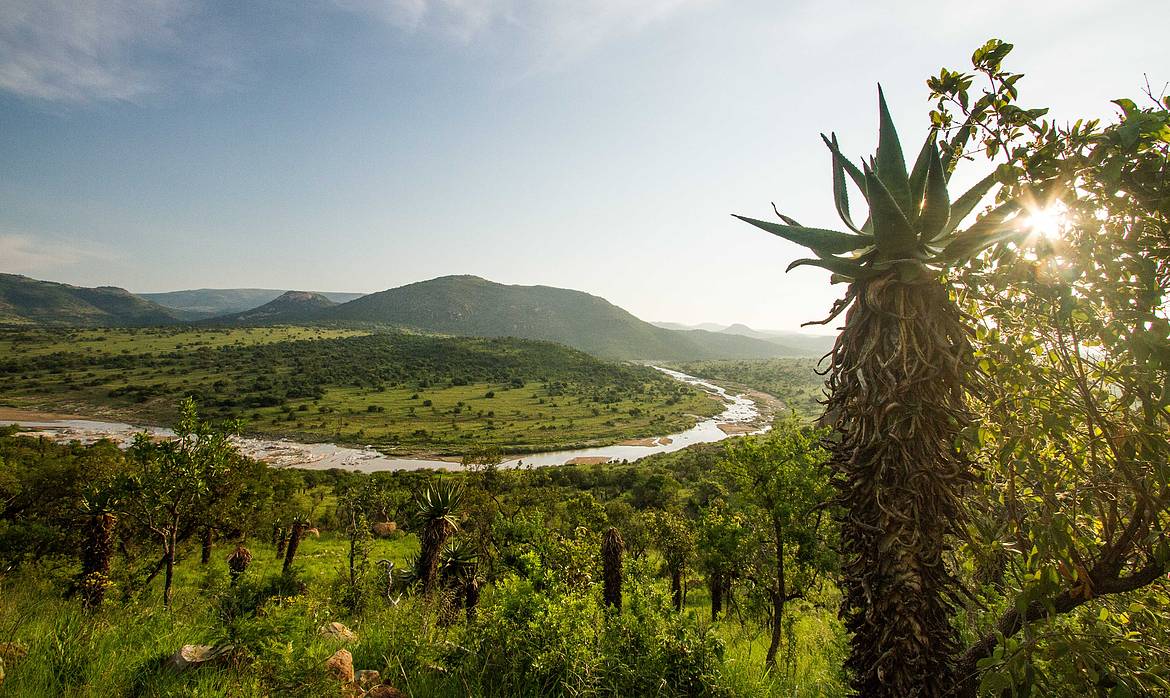