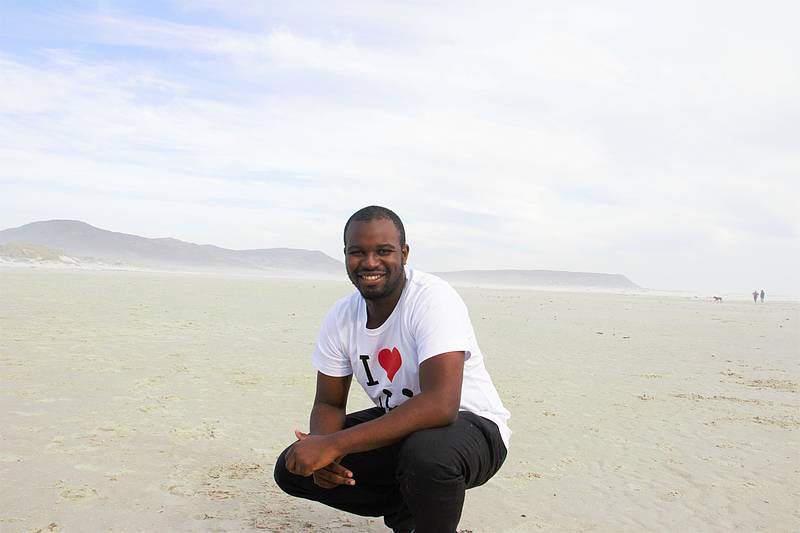 Mixing liquids, and dismantling and assembling objects around the house were Farai Chireshe’s favourite pastime while growing up in Masvingo, Zimbabwe. It is clear that he was born to be an Engineer.

Farai has now joined WWF’s Policy and Futures Unit as an intern working on the bioenergy programme.
We asked him how his engineering passion led him to a career in the environmental sector.

What motivated your career choice?
I became interested in biofuels during my undergraduate vacation work in 2015 at the Green Fuel ethanol plant in Chisumbanje, Zimbabwe. I was exposed to the world of ethanol production, which I enjoyed a lot. But, what was more fascinating for me was mixing ethanol with petrol to produce a blend, which I learnt could lower green-house gas emissions from cars if used instead of petrol alone.

This ignited my interest in this field. It encouraged me to seek a future in renewable energy, and I subsequently took up a bio-fuels project for my Master of Chemical Engineering degree at Stellenbosch University.

When I found out about the internship opportunity at WWF, I jumped at it, and here I am.

What do you hope to gain from the internship?
As an Engineer most of the training and skills I received during my studies were focused on the technical aspects of things. Working with Economists and Policy Analysts at WWF will definitely broaden my skills.

What excites you the most about the internship?
The projects that I will be working on involve interactions with some big international entities, such as Boeing, LanzaTech, the Roundtable of Sustainable Biomaterials (RSB) and WWF International as well as local institutions such as Sasol and PetroSA.

This is super exciting for me! I am also thrilled to be working with many different partners on a solution to realise a low-carbon economy in South Africa and indeed the world.

What do you think is the biggest environmental issue the world is facing right now?
It is difficult to pick one thing because most environmental issues are interlinked. Central to this is global warming and climate change, which affect rainfall patterns and sea levels across the globe, amongst other things. These in turn affect the freshwater supply, which is required for food and energy production in what Scientists often refer to as the food, energy, and water nexus.

What contribution do you wish to make to the well-being of people and nature?
I want to advance the sustainable bio-economy as both a Project Developer implementing renewable energy technologies and as a civil society activist with an ability to understand the technological shift that is required.

I also wish to make people more aware that climate change is real and we are already in a climate crisis. However, a future where we live in harmony with nature is possible, but we must act now.

If you had a chance to change one thing in the world, what would it be?
I would change social inequality in all its forms – between rich and poor, men and women, black and white, and more. A lot of people are marginalised based on their gender and race, and therefore do not get a platform to show their potential. If we are all treated equally, then society can benefit from everyone’s contribution, as many interesting ideas can be explored.

Who do you admire the most and why?
I admire my parents. They have both sacrificed so much for me to reach the level I am at today. I aspire to get a PhD like them one day.

What role do you think your generation could play in creating a better world for all?
Our generation has a critical role to play. We have the knowledge and green skills to tackle and provide sustainable solutions to climate change.

Because we know the impacts of climate change, we can develop and implement new technologies, especially in renewable energy and waste management, which can contribute to a low carbon economy.