In a joint statement, WWF South Africa, BirdLife South Africa, the Endangered Wildlife Trust and SANCCOB weigh in on the latest measures to save the African penguin.

We commend the Department of Forestry, Fisheries and the Environment on recently announcing the partial closure of fishing around some African penguin breeding colonies. This announcement explicitly acknowledges the importance of island closures in enhancing successful African penguin breeding efforts. It is principally based on the recommendations that were made almost a year ago jointly by state fisheries and conservation scientists.

Had these closures been announced six months earlier, they would likely have had a more positive effect on the penguin breeding efforts of 2022. The timing of the newly announced closures comes after the small pelagic industry has already caught most of its quota, and therefore will be too late to have the intended effect.

The delay in decision-making comes after a highly contested and protracted engagement between representatives of the small pelagic fishing industry and conservation NGOs over the future of African penguins. Significantly, while these discussions were ongoing, there were no special protections in place for penguins and their numbers continued to decline.

The fishing industry has placed much emphasis on the negative social and economic impacts previous experimental closures have had and strongly argued that further closures would have a major impact on their work force. While the conservation NGOs have repeatedly expressed their willingness to consider and develop ways of mitigating such claims of social and economic impacts, the fishing industry refused to share the actual social or economic impact data that could objectively be interrogated and potentially mitigated.

In the meantime, the small pelagic fishing industry has continued to fish and, by the time the formal interim closures were announced, the closures no longer served the purpose for which they were intended, namely to reduce penguin/industry competition for fish. More worrying is that the interim closure is only until 14 January 2023, after which the industrial fishing season for anchovy and the already depleted sardine stock will start again.

Both the small pelagic fishery and the African penguin are highly dependent on these resources, but the penguins are at a distinct disadvantage as they can only forage close to their colonies when breeding. Failing to meet the high energy requirements of rearing chicks results in poor chick condition, chick deaths, the abandonment of the chicks and a failed breeding attempt. In the worst case scenario, this could lead to starvation of adult penguins and ultimately death.

The recent announcement includes reference to the establishment of an “Independent International Science Panel” to provide longer-term guidance to the Minister of Forestry, Fisheries and the Environment, Barbara Creecy, on how to balance the future of the African penguin with the commercial, subsistence and social demands of the fishing industry and the people who are dependent on it. A call for nominations to this panel has only just been advertised and it is unlikely that this process will be completed by the time the interim closure lapses.

We are deeply concerned that, with all these delays, we will have another breeding season come and go without any precautionary protections given to the penguins. Given the perilous and rapid decline of Africa’s only penguin species, we cannot afford another squandered year.

Bearing in mind that a clear decision on future measures will only follow after the independent Science Panel has made its recommendations, we believe that the following steps be taken urgently:

Finally, it is important to note that the annual African penguin breeding population is a good indicator of the amount of prey available (sardine and anchovy) in the Southern Benguela Marine Ecosystem and closely follows the abundance of the sardine resource. The penguins have sounded the alarm and the depleted status of their shared sardine resource should be of major concern also to the small pelagic industry.

If this situation is not urgently addressed, it could result in a long-term collapse of the small pelagic fishery in South Africa. This tough lesson has been learnt in Namibia, where the fishery has had to remain closed since 2018.

More on the decline of penguin and sardine populations: 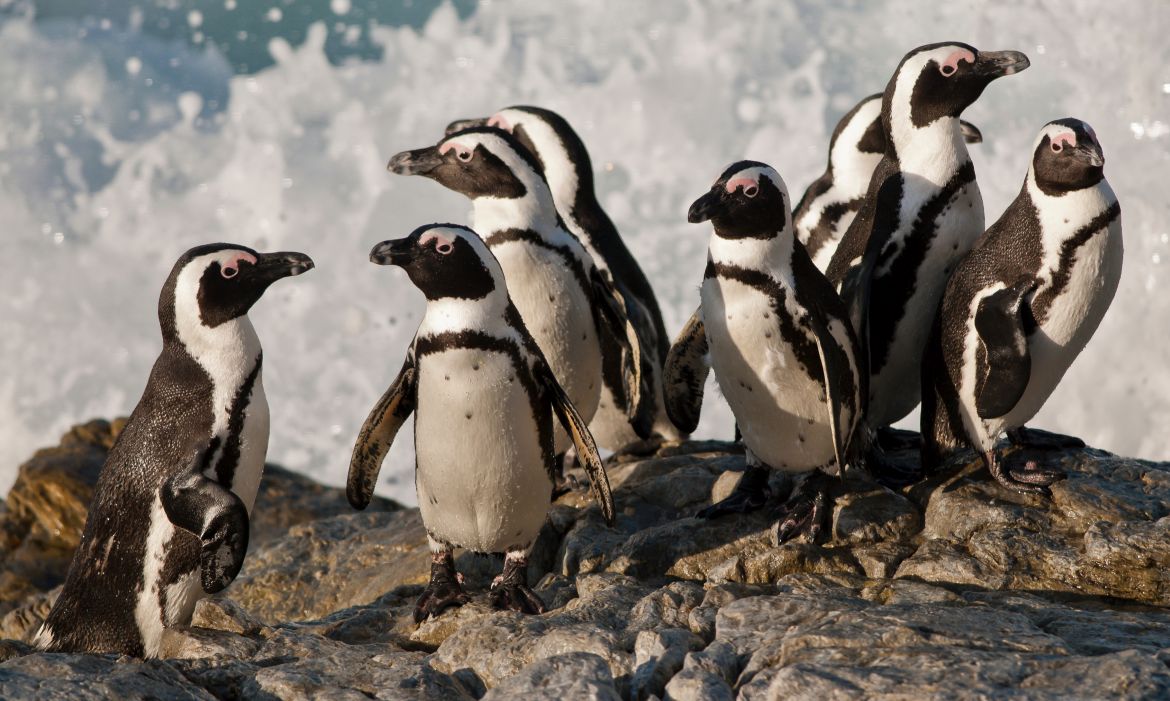 Conservationists are deeply concerned about the rapid decline in African penguin populations.

The world cannot afford to have another COP like this one