The Climate Ambition to Accountability Project (CAAP), co-funded by the European Union, aims to empower youth to engage in climate policy.

South Africa has a strong culture and tradition of social activism, but only a small number of environmental justice and green NGOs, alongside interested academics, have engaged in tackling climate change, often in a fragmented way and with little influence on policymakers.

This is one of the key reasons behind the launch of a new four-year Climate Ambition to Accountability Project (CAAP), co-funded by the European Union.

The project’s implementing partners – WWF South Africa, the South African Climate Action Network (SACAN) and the Institute for Economic Justice (IEJ) – will work closely with environmental and social civil society organisations (CSOs) to build a strong cross-cutting community, including a cohort of youth climate champions. It will also endeavour to bring cross-cutting issues into the mainstream debate around South Africa’s national climate policy.

In responding to Intergovernmental Panel on Climate Change (IPCC)’s latest report which has raised ‘code red for humanity’, the project will focus on ensuring implementation and accountability for ambitious climate policy.
Among its key activities will be the setting up of a CSO Climate Action Secretariat, empowerment of youth through training ‘boot camps and conducting primary research for facilitating evidence-based policymaking.

Bernard Rey, Head of Cooperation, Delegation of the European Union in South Africa, said: "Participation of youth, gender equality, accountability and inclusivity is at the heart of the EU’s climate action. I trust that the Climate Ambition to Accountability Project (CAAP) that we are co-funding will be an important tool to increase the participation of South African CSOs in tackling the adverse effects of climate change. I hope, it can help South Africa grow Climate Champions, around a common cause, each taking steps in their own worlds to build greener and a more sustainable country, thus contributing to implementation of the Paris Agreement on Climate Change and the Sustainable Development Goals (SDGs).

Dr Prabhat Upadhyaya, Senior Policy Analyst, WWF South Africa, commented: “With the IPCC establishing that human influence on climate is unequivocal, unprecedented, and irreversible, this might well be the last warning that we are still able to respond to. Climate change is already affecting every region of the world, including South Africa. It is pertinent that we shift the narrative from talking about plans – what ought to be - to talking about implementation and accountability – what is. There is no room for dithering, doubting, and denying anymore. Like Covid, climate change is here and now, to be or not to be ready is the question.”

Thandolwethu Lukuko, Coordinator, South African Climate Action Network, said: “We need to demand more ambition, aiming for a 1.5-degree goal because any higher temperature rise will only worsen the current climate conditions in South Africa. The time to act is now, and we have to hold decision makers accountable for their [in]action on climate change. The IPCC gives further empirical evidence of the seriousness of the threat on the livelihoods of citizens, on food systems and extreme weather conditions, especially for frontline communities, without any means to protect themselves against the consequences of the decisions made by those they’ve elected to represent them. We need to act; we need solutions, and we need them today.”

Dr Basani Baloyi, Senior Researcher and Climate, Energy and Infrastructure Programme Lead, Institute for Economic Justice, added: “There is a danger in allowing misinformation on climate change to impair our ability to deal with its impacts and chart a sustainable future. Therefore, we join forces with those seeking to build the capabilities in producing and spreading knowledge that will capacitate the activists in their climate actions.”

South Africa is highly vulnerable to climate change and our economy is heavily dependent on fossil fuels. Yet, as a country, our climate change ambition is regularly rated as poor and implementation is weak. This, without taking equity, gender and human rights dimensions of climate change into account.

Against this backdrop, environmental CSOs have grappled with three key challenges in their attempts to increase ambition in South Africa’s climate policy: disproportionate influence of vested interests, particularly on climate mitigation; overcoming the perceived dichotomy between development and climate objectives; and limited institutional capacity of the state for ensuring implementation of stated policy objectives.

Environmental CSOs’ relationship with two important constituencies, youth groups and social CSOs, especially trade unions, remains uneven and tenuous. For realising a just transition away from fossil fuel we need to forge bridges with both constituencies. Youth voices need to be amplified to influence climate-policy processes, not from the margins, but left, right and centre. Engagement with social CSOs, labour and trade unions is a prerequisite for ensuring that the just transition breaks free from our structural socio-economic inequities.

While these challenges are interlinked, the limited capacity of CSOs to actively participate in climate governance underpins all of them. The project, therefore, proposes to strengthen the capacity of CSOs to play a strong and constructive role in public policy processes for enhancing the ambition, action (implementation) and accountability of national climate policy, for both mitigation and adaptation in South Africa. 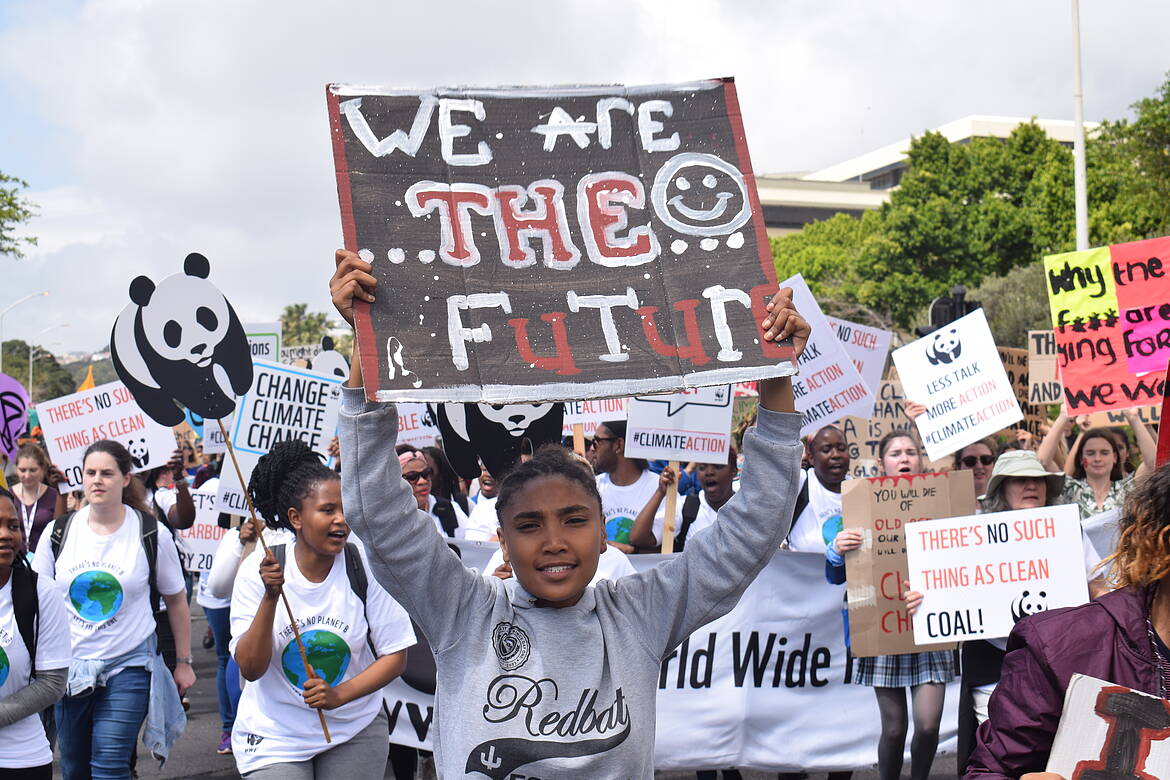