Being a ranger is not a job; it's a calling | WWF South Africa

Being a ranger is not a job; it's a calling

Could changing how we train rangers impact counter-poaching by making rangers more resilient to the pressures they face? A new ranger training curriculum being piloted in South Africa thinks it could…

“Being in nature humbles and rewards us on a daily basis, but it also demands that we give a lot,” says ranger Billy Moumakoe. He’s on a short break, somewhere along the fenceline of Pilanesberg National Park in South Africa’s North West Province. Despite the cold, there is nowhere he would rather be.

“Being a ranger has taught me how to be in the moment and appreciate where I am right now. For me, the prize is in the legacy that I am part of. But for some of my brothers and sisters - even for me - it can also be hard,” confirms the 35-year-old.

Billy has been working as a ranger for the past decade, since graduating from the University of the North West Province with a degree in Nature Conservation. At the start of his career, the only open position was as a gate guard.

“It was a frustrating time, because I knew from my first workplace practicals I wanted to be in the field,” says Billy, who’d been so inspired by the ranger force he’d worked with as a student, that there was little doubt in his mind about where he wanted his career to go. “I fell in love with the action, the conversations, the wisdom shared by the older rangers I was placed with. Being a ranger tests your courage, but also teaches you how to be one with nature,” he explains.

Billy was patient - a skill all rangers need to develop - and when the opportunity came up to join an anti-poaching course, he was on it, working his way to where he is now. “It’s not a job, it’s a calling. It’s a lifestyle. It’s about how you see the world. Growing up in an urban environment, I feel like we’ve lost the essence of who we are and where we come from. In nature, you can find it again,” he explains.

As passionate and committed as he is, Billy knows the pressure that comes with the work. Rangers frequently come from the communities that reside in or border wildlife areas or parks and reserves. They are often the only breadwinners of their families and extended families. Their work is dangerous and can result in leaving family behind with no income, no support and no safety net. Criminal syndicates also often embed themselves in these communities because of their proximity to protected areas with high-value wildlife and target vulnerable individuals, rangers and their families, through intimidation or enticement especially where they know families are financially stressed.

These issues may not be as immediate as a confrontation with poachers in the bush, but they’re equally frightening, and just as dangerous.

“For the last two years, I was this guy who was snapping at his kids, letting things get to him. Braveheart training reminded me that leadership is about the kind of person I am wherever I go,” says Billy, reflecting on the pilot course he was selected to attend at the Southern African Wildlife College.

This training curriculum for rangers has been developed with the World Wide Fund for Nature (WWF) South Africa, through its Khetha Programme, with the support of the International Development Agency (USAID). It develops skills in holistic leadership, conflict resolution, community engagement, negotiation and mediation, law enforcement ethics, and corruption mitigation. It’s affectionately known as Braveheart because it speaks to the ranger’s ethics, identity and emotional wellbeing, areas that purely tactical training may neglect.

“Before Braveheart, most of my ethics were picked up on the job, from the older guys in the field. Braveheart welded it all together for me. It made me see flaws in how we do things and made me think about how I want to change things. I think on a different frequency now,” says Billy. “The idea behind the training is that in future, as rangers progress in their career they will be encouraged to attend this more holistic programme so that their skills extend beyond the environmental conservation and law enforcement training of the past,” says the College’s Ashwell Glasson, who helped develop the curriculum.

Along with his colleagues at WWF South Afrca, he believes the Braveheart skills, together with other areas of support to rangers, such as adequate basic necessities at work, emotional wellness, and compensation (which need to be in line with other sectors performing similar functions to uphold the law), can help them overcome the challenges they face in their work. There is also agreement that rangers form a key resource in tackling a range of challenges that face protected areas and these challenges are not only limited to law enforcement, but resource-utilisation, human-wildlife conflict, socio-economic development and what many call the challenges of the socio-ecological nexus. Essentially people and the environment and how we chart a common responsible way forward.

“When I was told to pack my bags and to travel to the SAWC, I couldn’t have imagined what I would learn there. I realised for all that I know, there is so much more to learn. It became a process of self-empowerment for me and an opportunity to better myself as a human and a ranger. It’s influence on me has a ripple effect as I influence others in my sphere,” says Billy.

As one of the first rangers to experience this new approach to ranger training, feedback from him and the other rangers on the pilot course will inform the curriculum going forward, so that it keeps adapting to real needs. “There is so much more to us rangers than people probably perceive. As a profession, I wish it could be recognised, and lifted up,” he notes.

“In my case, a huge challenge for me is that my son is 10 and I’ve been a ranger 10 years. I see him for one week of every month. That has an impact on my relationship with him and with his mother. That’s aside from the daily dangers and risks that I face,” says Billy.

How do rangers currently deal with these pressures? “We talk to each other around the fire and try and ease each other’s burdens. That bond is everything, but it also takes strain when the pressure gets too much for someone and they break rank,” says Billy.

As parks and nature reserves continue to suffer significant financial losses from a lack of tourism, limiting operational budgets which affect rangers, and their work, their families and the community at large, rangers are more at risk than ever before. “The emotional and mental pressure and financial dependence on our rangers weighs heavier than the boots, the backpack and the gun,” says WWF South Africa’s Lara Rall.

If these issues get tackled in training, could this help save more rhinos, elephants and people, than guns? Time will tell, but as Billy confirms, feeling valued and supported helps keep the passion and motivation alive. “As rangers, we need to stay positive and mentally as well as physically strong. It has an enormous impact on a person’s outlook and wellbeing.”

The SAWC, established in 1996, is a SADC centre of specialisation in conservation training and skills development. It has a wide curriculum aimed at the skills needed within the conservation sector. WWF South Africa, through its Khetha Programme, works closely with other partners in the South African and Mozambican landscape of the Great Limpopo Transfrontier Conservation Area (GLTFCA) to provide further support to rangers to prevent illegal wildlife trafficking. 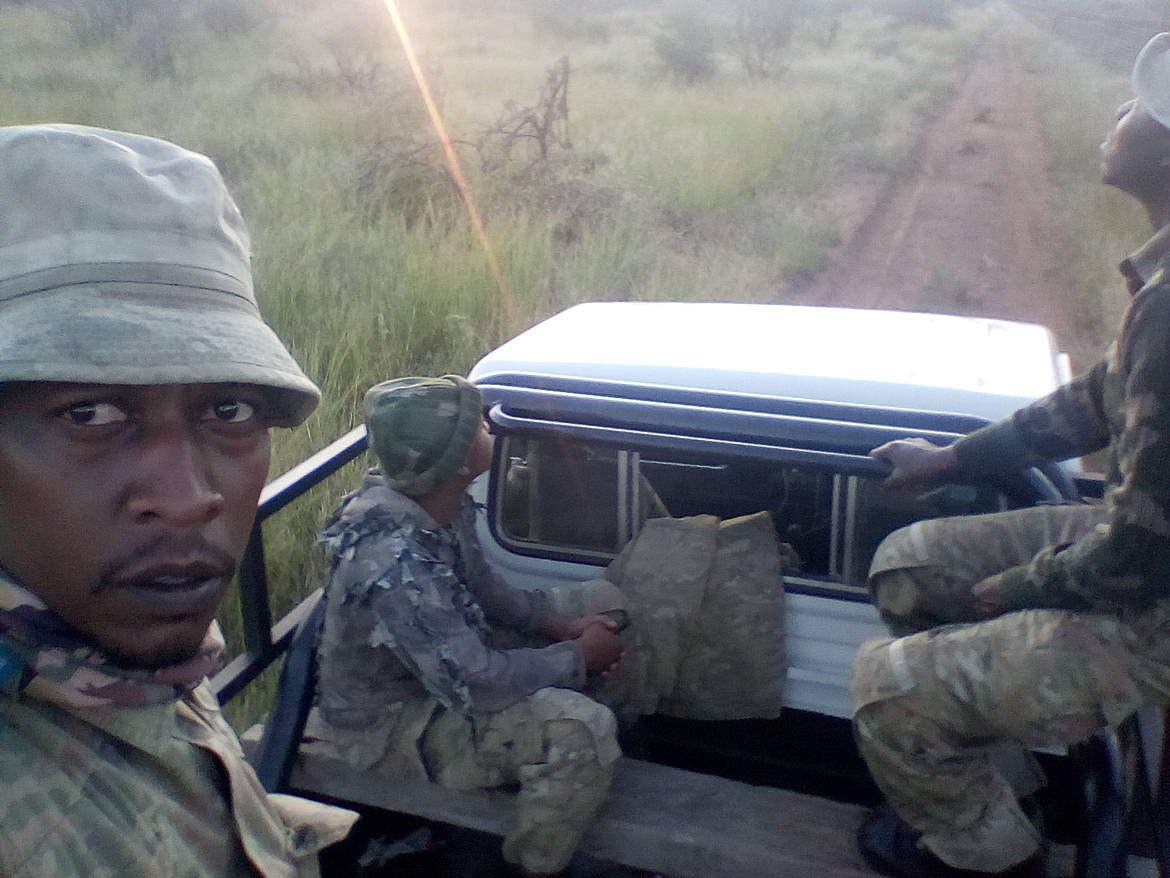 Billy Moumakoe from North-West was one of the first rangers to trial the Braveheart training at the Southern African Wildlife College.

NGOs and businesses call for UN treaty on plastic pollution

Cape Town’s groundwater under the spotlight