The WWF-SA Black Rhino Range Expansion Project (BRREP) has just completed its 12th successful black rhino move, including translocating its 200th rhino, as part of an ongoing initiative to increase the growth rate of this critically endangered species.

Now in its 16th year, this project actively seeks out new areas to establish populations of black rhinos where they have space to breed and increase their numbers.

For the latest move, BRREP joined hands with private landowners, a community and the provincial government in the Eastern Cape, to create a 14 000 hectare reserve. All of them are now the joint custodians of the group of black rhinos.

Prior to the move, the site was thoroughly assessed for security and habitat suitability using best practice standards.

The privately owned section of the new project site has been converted from farming to conservation and was recently declared a protected area. A local community of 25 families has agreed to lease a portion of their land in exchange for rental that will help them fund a farming initiative elsewhere on their property. A third portion of the land is managed by the Eastern Cape Parks and Tourism Agency.

A SANParks game capture team was contracted to carry out the translocations using a combination of helicopter airlifts and road transportation undertaken smoothly over a four day period.

Following the recent move, BRREP Project Leader Dr Jacques Flamand commented: “We work with extremely professional and experienced teams to ensure the success of these translocations. As veterinarians, our first concern is for the welfare of the black rhino in our care. This move has gone very well so far and we are monitoring the animals closely. They are all still exploring the reserve and some are starting to show signs of setting up home ranges already. It usually takes a couple of months before they have all completely settled. Their new home is wonderful habitat for black rhino, so we’re very pleased and hopeful that they will contribute meaningfully to the numbers of this endangered species.”

Mlungisi Mvoko, MEC Environmental Affairs, Eastern Cape:
“This initiative meshes well with our land restitution aims and has the potential to develop into a significant conservation project for the province. It also marks another important milestone in the Eastern Cape’s contribution to black rhino conservation as it aids significantly in the transformation of the biodiversity economy in the Eastern Cape where high value species such as black rhino are now to be owned and managed through a partnership including the community. In addition to this, this project reinforces the Eastern Cape People and Parks Programme that seeks to facilitate community beneficiation to its neighbouring communities where feasible”.

Vuyani Dayimani, CEO Eastern Cape Parks and Tourism Agency (ECPTA):
“With rhino poaching in South Africa reaching unprecedented highs, and enormous local and international interest in this, it is extremely important that government-owned populations are managed in the national interest. By harvesting animals from an important donor population, in accordance with the national rhino management plan, the ECPTA will ensure that it continues to grow the donor population by at least the same amount per annum while at the same time providing animals for the creation of new populations. In this manner the Eastern Cape will maximise its contribution to the national population and help to offset the losses that are occurring elsewhere from poaching. From a black rhino conservation perspective this project is therefore extremely important.

Dr Jo Shaw, Senior Manager: Wildlife Programme, WWF South Africa:
“Looking to the future, our ability to conserve good habitat for rhinos and other wildlife is likely to be as significant a challenge as protecting them from poaching. WWF helping to enable this exciting model of private, state and community partnership is an important step in creating new forms of conservation alliances to conserve wildlife. Black rhino remain critically endangered and under significant threat, so it is inspiring to be part of this amazing team working together for their survival.”

Dr Jacques Flamand, BRREP Project Leader, WWF South Africa: “Managing for maximum population growth is an essential part of the conservation of a critically endangered species. By creating new populations of black rhino we hope to contribute to their future survival.” 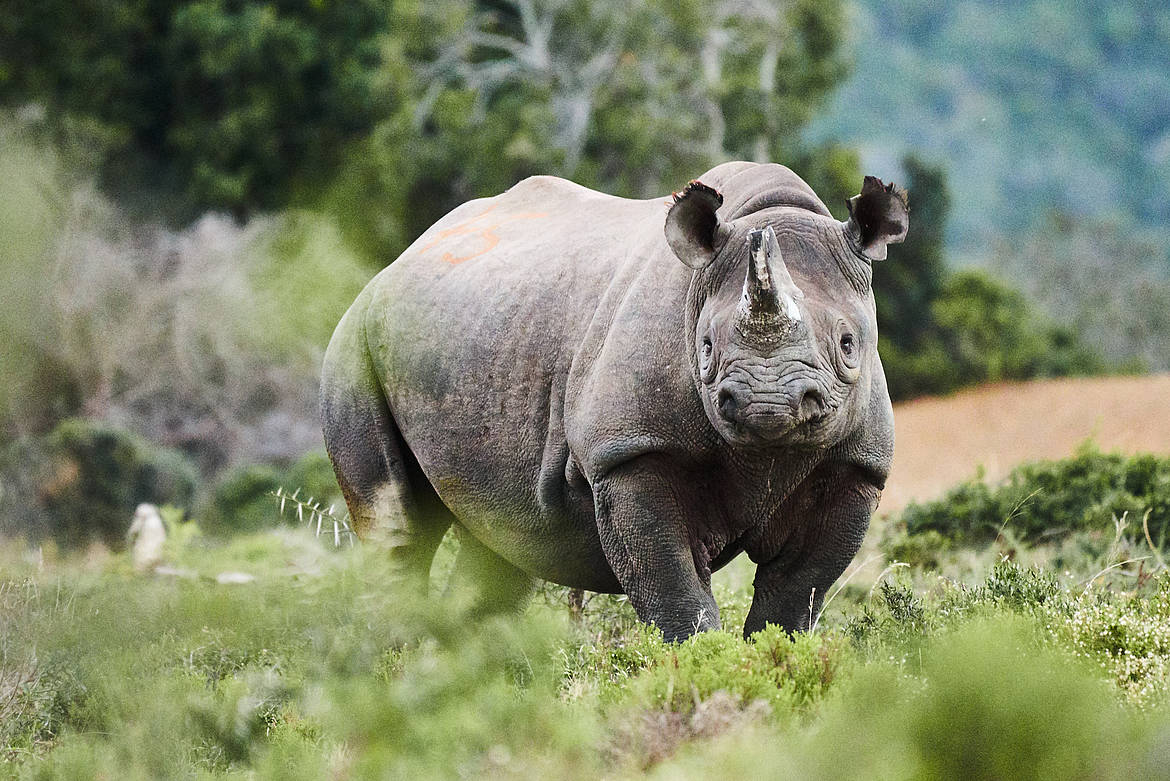