A rural land restitution community in KwaZulu-Natal, a visionary neurosurgeon-turned-farmer and a climate business leader are the winners of this year’s WWF Living Planet Award.

WWF’s Living Planet Award is made annually to exceptional South Africans who, through their catalytic contribution, inspire people to live in harmony with nature. The winners were named at WWF South Africa’s annual general meeting on 11 November at the Kirstenbosch National Botanical Garden. They are as follows:

WWF CEO Dr Morné du Plessis commented: “We commend all our winners for their significant contribution to the South African landscape across a variety of areas from communal to commercial farming and in the climate space. We acknowledge these individuals, organisations and communities whose dedication and commitment will help us in our efforts to secure a healthy natural environment for the benefit of people and nature.”

The 300-strong Mgundeni community received 1 472 hectares of communal land from the land restitution process in 1999. Located about an hour from the town of Utrecht, in the Amajuba District, this rural community are mostly reliant on livestock and small-scale farming within this high-altitude, biodiverse part of the Grasslands biome which also falls within a strategic water source area.

The traditional leader of the Mgundeni community, iNkosi Mabaso, has always had a deep appreciation of nature. In 2006, he wrote a letter to the local conservation authorities asking for assistance to protect the land from degradation, while allowing their community members to continue their agricultural activities. In October 2009, the Mgundeni community became the first communal landowners in the province to enter into a voluntary biodiversity stewardship agreement with Ezemvelo KZN Wildlife, committing 124 hectares of their land to conservation.

Over the decades, the Mgundeni community has also had a long and productive relationship with WWF South Africa who have supported them with their ambitions. Not only have the Mgundeni stewardship agreements benefitted the condition of the grasslands and the local biodiversity, but the community has mobilised substantial financial resources to uplift and strengthen their livelihoods and embed the benefits of regenerative farming.

A decade since their first stewardship commitment, in 2018, the community rewrote history again when they expanded their land under conservation and upgraded the original biodiversity agreement to a protected environment of 455 hectares. This commitment has empowered them to enhance their legacy and explore further conservation-compatible activities on their land.

Significantly, the Mgundeni community has inspired other rural communities to consider the biodiversity stewardship approach and there have been numerous learning exchanges with officials and other communities across five provinces.

Dr Paul Clüver has fulfilled many important and innovative roles over more than five dedicated decades of work: from doctor to farmer, catalytic conservationist to visionary community member and family man. Having practised as a neurosurgeon for over 10 years, in 1989 he became a full-time farmer on his family’s fruit and wine farm, De Rust Estate, in the Elgin Valley.

In 1996, he started a black empowerment farming trust, Lebanon Fruit Farm Trust. At the same time, he initiated a Black Economic Empowerment wine company, Thandi Wines, which became the first Fairtrade wine brand in the world. Alongside his commitment to empowerment and social development, his lifelong dedication to conservation and innovation has been exceptional.

In 1998, he was appointed as a trustee of WWF South Africa, and he has been an engaged member for almost 25 years. In the early 2000s, he was the first landowner in the Western Cape to sign a perpetuity contract to legally bind part of the De Rust farm to CapeNature’s Stewardship Programme.

It was also around this time that alarm bells were raised by the conservation sector who saw rapid vineyard expansion that was threatening to eliminate the last fragments of many critically endangered fynbos and renosterveld vegetation. This issue became a matter of discussion between the wine industry and conservationists. One of the early leaders of this cause was Dr Clüver.

In 2003, he worked with the Botanical Society of South Africa to forge a way to protect the iconic biodiversity of the Cape wine-growing regions. He felt that the wine industry needed to see the solution in a positive light. Numerous discussions eventually gave rise to the establishment of the Biodiversity and Wine Initiative, which has since become the WWF Conservation Champion programme with 55 participating farms in the Western Cape.

Joanne Yawitch is a highly regarded leader and a positive voice for our country and our planet who has earned the respected of business, government and civil society stakeholders alike.

Between 1990 and 1994, she served as the Director of the National Land Committee, and before that, from 1984 to 1990, she worked as a fieldworker with the Transvaal Rural Action Committee. During the next stage of her distinguished career, she served in the public sector, playing a significant role in land and environmental policy, at both provincial and national levels.

Since 2011, she served as the CEO at the National Business Initiative (NBI), a local business coalition made up of around 130 South African companies. The NBI is a thought leader for business on environmental and socio-economic issues and partners with WWF South Africa on thematic areas such as freshwater and climate.

Together with C40 Cities, the NBI is also WWF’s co-facilitator of the Alliance for Climate Action (ACA) in South Africa. The ACA mobilises and connects the private sector, municipalities, sub-national governments, investors and research institutions to collectively.

In her NBI CEO role, she provided the strength of thought leadership that South Africa requires to have the environmental agenda, including on climate change action, biodiversity conservation and water management, also the business of business. Her lasting contribution as a leader in this role, has been establishment of connection points and avenues for business, policy makers and civil society to find common ground on the pathway to transition to a sustainable and low carbon economy.

In her new role as Head of the Secretariat of the Just Energy Transition Partnership, she will bring her extensive experience to bear as she guides South Africa towards a low carbon future. The breadth and depth of Joanne’s experience derived across many spheres of society, will be invaluable in unlocking the full potential for this important partnership to be a catalyst for an inclusive, low carbon and nature positive South Africa by 2050. This is an objective closely aligned with WWF’s Strategy 2025. 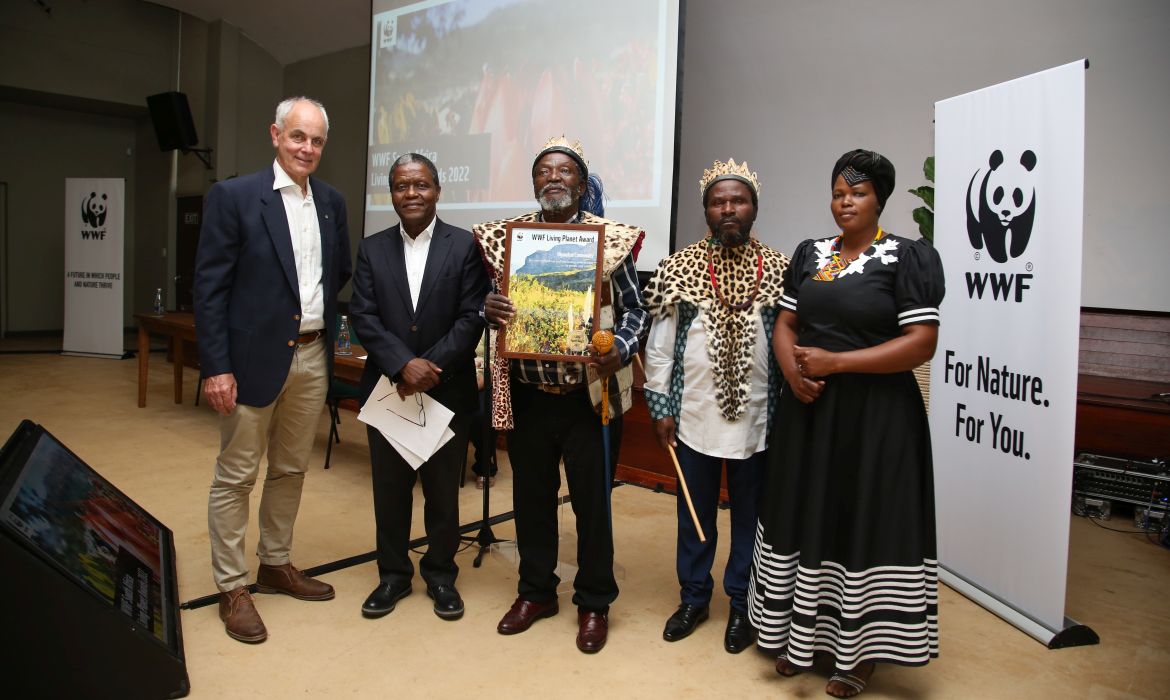