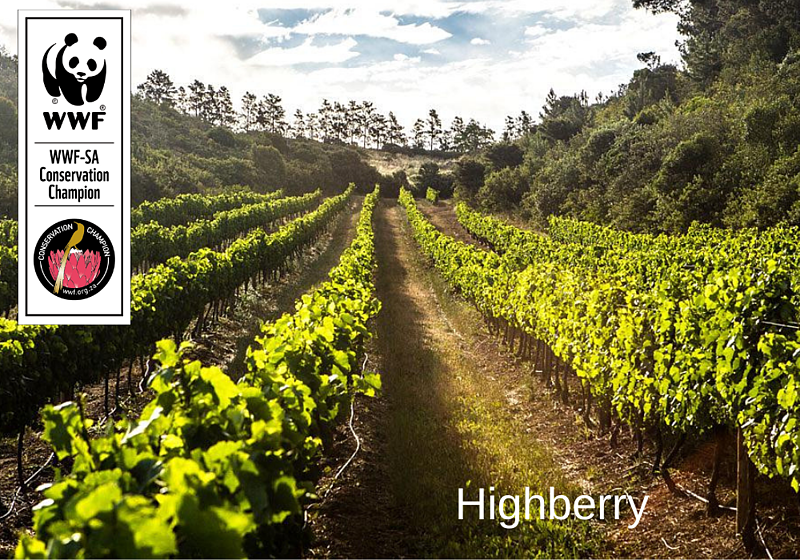 Highberry is a family-owned wine farm located on the slopes of the Schapenberg mountains, outside Somerset West.

When the owners bought the farm in 2003, they also inherited a dense forest of invasive alien trees in the form of almost 16 hectares of water-intensive and fast-spreading pine trees.

Highberry’s conservation journey began in 2007 when they decided to restore the pine forest to its original state of critically endangered Swartland Shale Renosterveld. This important local vegetation type had been identified by CapeNature.

Further, they voluntarily signed a Biodiversity Stewardship Agreement with CapeNature to declare the restored 16 hectares as a conservation area.

As a WWF Conservation Champion, this boutique winery is putting a stamp on its legacy as they commit to continue creating harmony between biodiversity and the vines.

The undulating terrain that characterises Highberry’s picturesque land is also great for mountain bikers. Their trails feature regularly on both the Cape Epic and Wines2Whales routes. In late 2018, Highberry also built a custom-designed wedding and function venue which is surrounded by spectacular views of the 62-hectare farm’s vineyards, dams and horse paddocks.